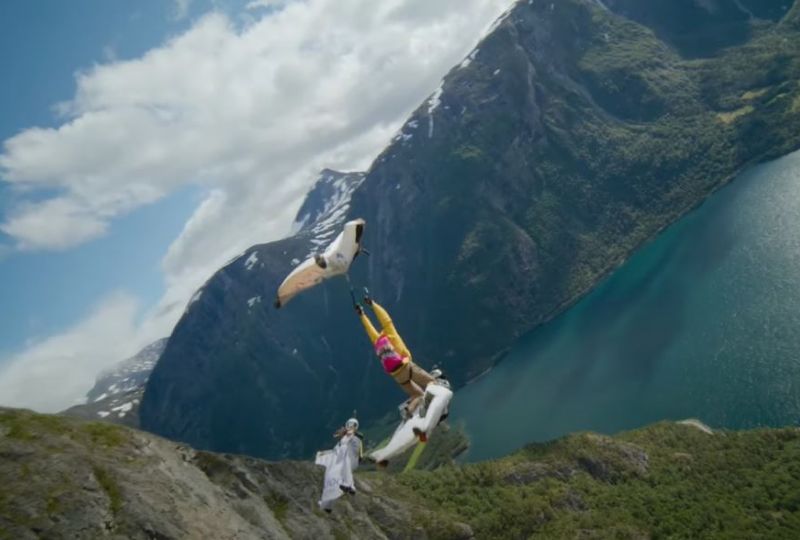 A team of four base jumpers, lead by Anthony Newton have performed a daredevil stunt in Norway's West coast.

With Colas Feuillie and Niccolo Porcella manning the cameras, Mr Newton jumped with Aurelian Chatard above him and Vincent Cotte underneath him.

The footage shows Mr Newton using Mr Chatard as a hang glider before jumping midair on to Mr Cotte's chest.

Mr Newton and his team had previously made headlines in 2020, after jumping off a 650-foot cliff on brooms inspired by Harry Potter's quidditch game.