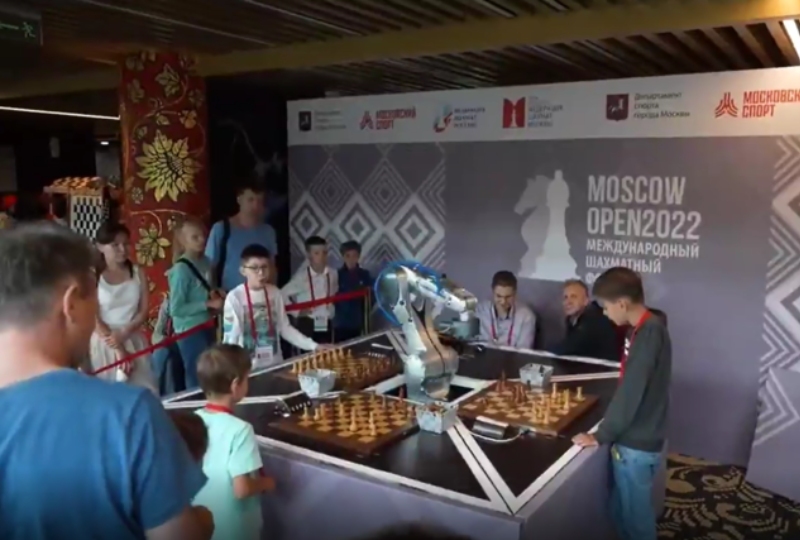 A chess-playing robot broke the finger of a seven-year-old boy during a tournament in Moscow.

According to Moscow Chess Open organisers, the boy rushed to make his move right after the robot had just taken a piece from him.

Video from the incident shows the robot, either not finished moving or misreading the situation, moving in and crushing his finger, causing a fracture.

Bystanders rushed to the boy to help free him from the forceful grip of the robot arm.

The young chess player was fortunately able to complete the tournament while wearing a cast.

Russian news network TASS reported that the boy's parents are insisting on pressing charges against the Moscow Chess Federation.

Deputy head of Moscow Chess Federation Sergey Smagin however insisted that the injury only occurred because the child "apparently violated" the safety protocols and tried to make a move while it still was the robot’s turn to play.

He described the child’s injuries as “nothing serious,” adding that he was able to continue playing with a cast on his finger, attend the awards ceremony and even sign documents.

Smagin said that the robot is “absolutely safe” to be around, but that its manufacturers may need to update its safety protocols.

“This robot has been playing for a long time, about 15 years,” Smagin said. “This is an extremely rare case, the first in my memory.”