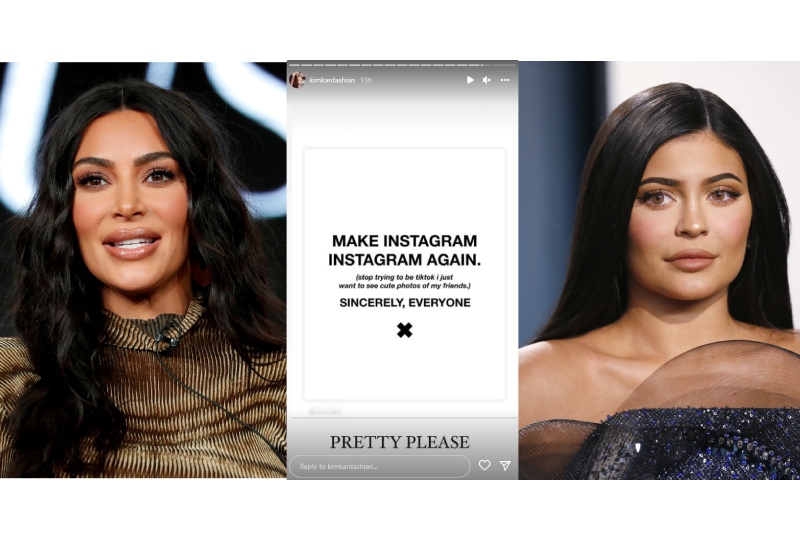 Kim Kardashian and Kylie Jenner with the story they posted on Instagram.

Two of the top 10 most followed celebrities on Instagram have blasted the popular social media platform.

As part of Meta's recent strategy to compete with the video sharing platform TikTok, the company has introduced several new updates to emulate the latter's success.

This includes an update on Instagram that every video posted that's less than 15 minutes will automatically be converted to a Reel.

Well, it seems as though the Kardashian-Jenner siblings aren't happy with these new updates. On Monday, both sisters took to their Instagram stories to share a post that said, ""MAKE INSTAGRAM INSTAGRAM AGAIN. (Stop trying to be tiktok i just want to see cute photos of my friends.) Sincerely, EVERYONE."

The proclamations by the sisters could prove troublesome for Instagram's parent company - Meta.

In 2018, when Kylie tweeted that she had stopped using Snapchat after a recent redesign, the company's stocks took a tumble.

The estimated loss due to the tweet was over $1 billion in market value.

Combined, the sisters have 686 million followers on Instagram, many of whom seem to agree with the reality TV stars turned entrepreneurs.