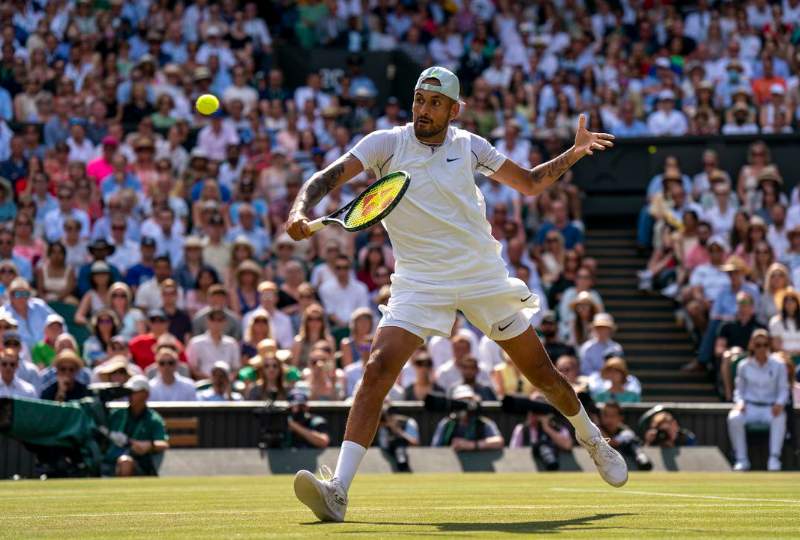 Australian Nick Kyrgios pulled out of the Atlanta Open singles draw with a left-knee problem on Tuesday ahead of his first match since finishing runner-up at Wimbledon this month.

The 27-year-old was drawn to take on German Peter Gojowczyk in his opening round of the ATP 250 hardcourt event in Georgia but instead addressed the crowd after his withdrawal.

"First of all, I just want to say I'm extremely shattered that I'm not able to compete tonight," Kyrgios, who lost to Novak Djokovic in the Wimbledon final, said on court.

"I've won this tournament once and I'm playing probably some of the best tennis of my career. All I wanted to do was come out here and give you guys a show, but I'm unable to give my best performance today.

"I'm just extremely sorry, but I'm going to keep my hopes up and may be able to continue doubles with Thanasi (Kokkinakis) this week."

Kyrgios, who won this year's Australian Open doubles with compatriot Kokkinakis, has progressed to the quarter-finals of the doubles in Atlanta.

The men's world number 47 was handed a wildcard into next month's Western & Southern Open, the Masters 1000 event in Cincinnati, Ohio, which will start two weeks before the US Open kicks off in New York on Aug. 29.