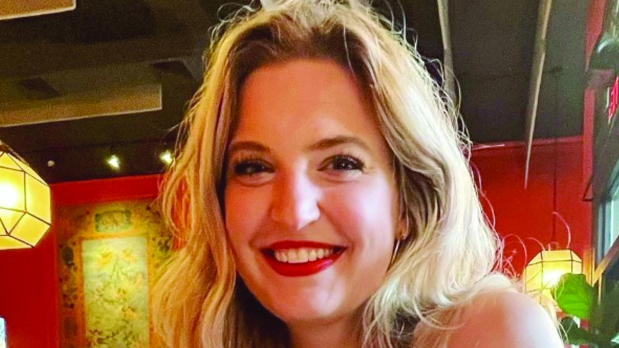 A journalist was forced to change her outfit while attending the execution of a death-row inmate in Alabama after prison officials said her skirt was too short.

Ivana Hrynkiw Shatara, managing producer for website AL.com, says she was also told her open-toed shoes were too revealing by a member of staff at the Alabama Department of Corrections

Ivana Hrynkiw Shatara, managing producer for website AL.com, says she was also told her open-toed shoes were too revealing by a member of staff at the Alabama Department of Corrections (ADOC).

Hrynkiw Shatara was stopped as she arrived at the media centre at William C Holman Correctional Facility in the city of Atmore and told her outfit violated the prison dress code.

She visited the prison on 28 July to cover the execution of Joe Nathan James Jr, sentenced to death for killing his ex-girlfriend, Faith Hall, 26, in 1994.

In a statement shared on Twitter, the journalist said she had worn the same skirt to previous executions and other professional events “without incident”, adding: “I believe it is more than appropriate”.

“Tonight, a representative of the Alabama Department of Corrections told me publicly I couldn’t view the execution because my skirt was too short,” she wrote.

“I tried to pull my skirt to my hips to make the skirt longer, but was told it was still not appropriate.”

However, she then had to return to her car to swap her shoes after being told they were unsuitable.

“Despite wearing waders from a man I have never met and casual tennis shoes, I continued to do my job,” she said.

“I felt embarrassed to have my body and my clothes questioned in front of a room of people I mostly had never met.

“I sat down, tried to stop blushing, and did my work. As women often have to.”

Another journalist, Kaitlyn Ross, responded to the tweet saying she too had been denied access to a government facility because her clothing was deemed to be “too revealing”.

Editor in chief of the Alabama Media Group, which owns AL.com, described the treatment of Ms Hrynkiw Shatara as “unacceptable” and “unequal”.

AL.com has sent a complaint to the ADOC as well as Alabama governor, Kay Ivey, and attorney general Steve Marshall.

The execution of Joe Nathan James by lethal injection was held up for three hours due to the amount of time it took to establish an intravenous line.