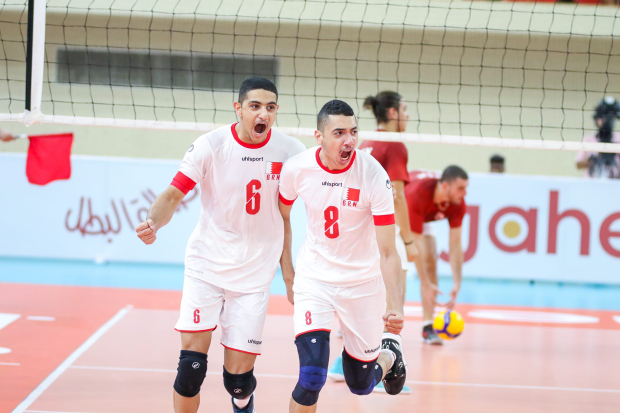 The Bahrain Under-20 team will face hosts Saudi Arabia today in the final of the first West Asian Junior Volleyball Championship 2022 in Qatif.

Both teams registered come-from-behind victories in their semi-finals on Friday. Bahrain bounced back from one set down to clinch a 3-1 victory against a strong Lebanon side while Saudi Arabia roared back from 1-2 down to seal a dramatic 3-2 win against Iraq.

The hosts have remained unbeaten in the 10-team tournament while Bahrain lost just one game, in the group stage, to the UAE. Both teams topped their respective groups.

The Saudis will have the home advantage, with a sizeable crowd expected to pack into the Prince Nayef Bin Abdulaziz Sports City Hall.

But Bahrain have shown considerable grit throughout their performances in the tournament and are expected to mount a considerable challenge to the hosts.

Their group stage wins against Iraq, Lebanon and Jordan were accomplished with apparent ease while even their only loss, to the UAE, came in a five-set thriller.

Bahrain, then, made short work of Syria in the quarter-final, winning 3-0.

The Saudis, meanwhile, sailed through their group stage matches, comfortably beating Syria, Kuwait, Palestine and Qatar, before defeating the UAE 3-1 in their quarter-final.

The final is scheduled to start at 6.30pm, Bahrain time.