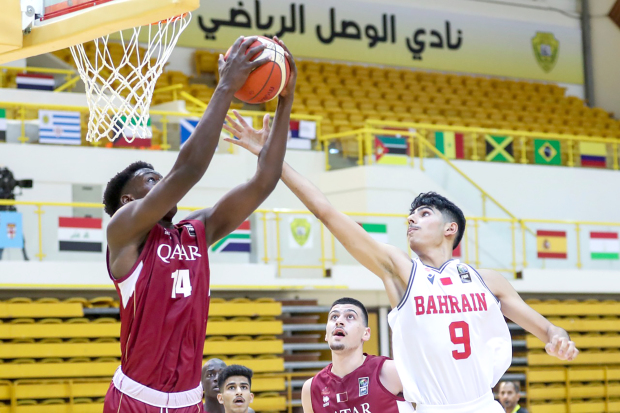 Bahrain had entered the game aiming to keep their winning streak going after winning their first two games against hosts United Arab Emirates (UAE) and Oman quite comfortably.

But Qatar, considered one of the strongest junior teams in the region, had other plans.

They controlled proceedings from the outset, not allowing Bahrain many scoring opportunities while capitalising on a number of mistakes made by their opponents, eventually ending the first quarter leading by three points at 17-14.

Bahrain needed to make a strong statement in the second quarter but they were up against a side that had obviously prepared well for them and the two teams trooped off at half-time with the score reading 32-27 in Qatar’s favour.

The third quarter saw the same pattern being repeated, with Qatar edging even further in front. By the time the fourth and final quarter began, the Qataris were leading 45-37 and Bahrain were under a lot of pressure.

Star player, Naser Alanzoor, who eventually top-scored for Bahrain with 20 points, appeared to be single-handedly keeping his team in the contest.

Qatar, however, were determined not to let their opponents catch up with them and continued to control the game by extending their lead as the minutes ticked closer to full-time.

Soon, it was all over and the Qataris celebrated their win enthusiastically, led by their two stand-out players of the day: Mohamed Massamba, who top-scored with 18 points, and Mohammed Abbasher, who contributed 16.

All six participating teams will have a day off today before the action resumes tomorrow, with Bahrain facing another tough opponent in Kuwait in the evening.

The match is scheduled to start at 7.30pm, Bahrain time.