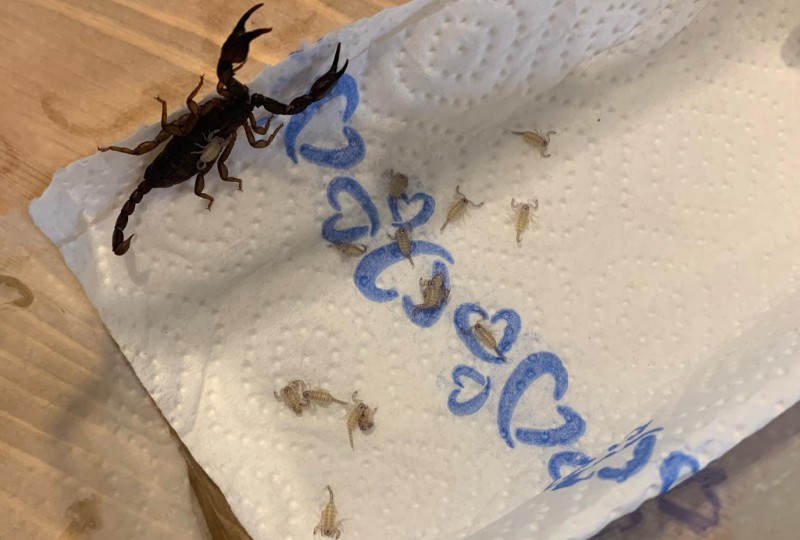 The scorpions found in the suitcase. (Photos from Tierhilfe Gusental's Facebook)

An Austrian woman who had returned from vacationing in Croatia was shocked to find 18 scorpions as she unpacked her suitcase back home.

The woman was unpacking on Saturday after her trip to Croatia when she found 18 live scorpions, that appeared to be a mother and her babies, according to Newsweek.

"This afternoon we were contacted by a lady from Natternbach, because stowaways have nested in the luggage of their Croatia trip. More precisely, a scorpion with cubs," Tierhilfe Gusental, an animal rescue organisation took posted on Facebook.

"The animals were secured and handed over to us. They are currently in the Linz animal shelter until they start their return journey," it added.

This instance is surprisingly the third case of scorpions from Croatia being found in Austria. Just last month, a woman from Linz found a stinger in her apartment after vacationing in Croatia. The woman had been at home for over three weeks before discovering the creature.