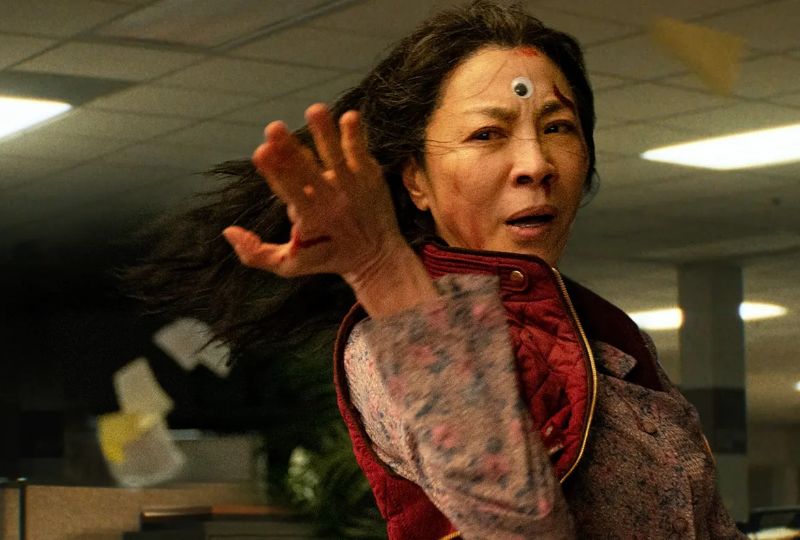 Photo courtesy of A24.

A24 has created a reputation in Hollywood for making off-brand critical darling films ever since the studio launched in 2012.

Dark comedy 'Everything Everywhere All at Once' directed by Daniel Kwan and Daniel Scheinert has become the studio's first movie to hit $100 million in ticket sales globally.

Starring Michelle Yeoh, Jamie Lee Curtis, and James Hong among others, the movie is a multiverse hopping comedy about an unlikely hero that emerges during a time of crisis.

"When an interdimensional rupture unravels reality, an unlikely hero must channel her newfound powers to fight bizarre and bewildering dangers from the multiverse as the fate of the world hangs in the balance," the official logline read.

With a production budgest of $25 million, 'Everything Everywhere All at Once' is one of the few movies to turn a profit during the pandemic.