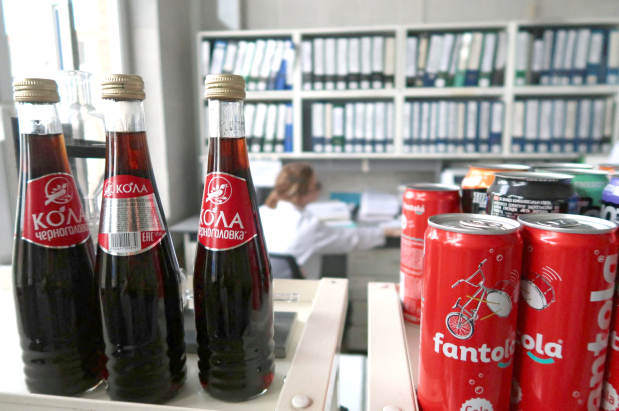 MOSCOW: As the world’s biggest soft drinks makers cut their Russian ties, local producer Chernogolovka is aiming for a 50 per cent share of the country’s near $9 billion market, its boss told Reuters.

A mass exodus of Western firms due to sanctions and restrictions over Russia’s actions in Ukraine has created an unexpected opportunity for Russian businesses and entrepreneurs.

Chernogolovka, named after the town outside Moscow where it was founded in 1998, makes snacks, bottled water, herby lemonades, energy drinks and, since May, Cola Chernogolovka.

The privately-owned company is more than doubling its business this year, its CEO Natalia Sakhnina said in an interview, and expects to reach a 30pc market share within two years, up from around 8.5pc at the end of 2021.

“We were, are and will be the main Russian producer of drinks,” Sakhnina said. “We hope and are working on gaining absolute leadership in the Russian market.”

Although fizzy drinks made by Coca-Cola and PepsiCo are still available in Russia, they are set to disappear over time as existing stocks are run down, leaving local manufacturers to step in.

PepsiCo suspended soda production and sales in Russia in March, one of many Western consumer brands to curtail operations after Russia sent troops into Ukraine.

Coca-Cola also suspended operations in March. In June, it said bottler Coca-Cola HBC AG and its existing customers in Russia were depleting stock.

Chernogolovka has almost doubled volume in the southern city of Krasnodar and increased capacity by 50pc in Siberia’s Novosibirsk so far in 2022 when compared to 2021, Sakhnina said.