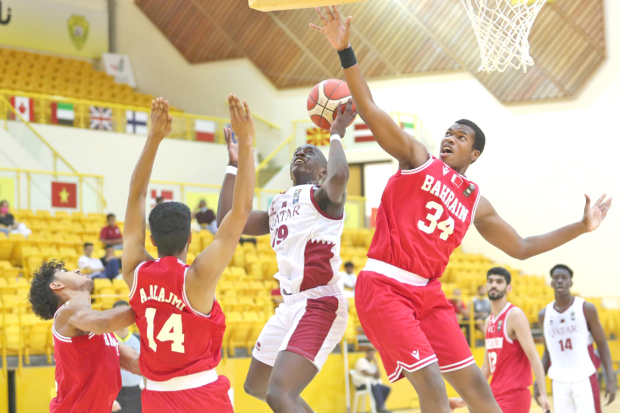 Qatar sauntered to an easy 85-48 victory over Bahrain yesterday in the first semi-final of the FIBA Under-18 Asian Championship Gulf Basketball Association (GBA) Qualifier in Dubai to clinch their place in today’s final. They will face off against Saudi Arabia, who defeated Kuwait, 70-50, in the other semi-final.

The win also ensured that Qatar, who have been unbeaten throughout the tournament, have reserved a slot in the FIBA Under-18 Asian Championship 2022, which begins in Tehran, Iran, on August 21, by virtue of being one of the finalists. Saudi Arabia have also qualified for the Asian Championship.

Meanwhile, the course the Bahrain-Qatar semi-final would take was defined by the end of the first quarter with Qatar having sped to a 20-point lead with the score reading 27-7 when the buzzer went off.

Even though Bahrain made a valiant fightback in the second quarter, adding 21 points to Qatar’s 15, the odds were stacked against them as they still trailed their opponents, 28-42, at half-time.

Led by their captain, Mohammed Abbasher, who eventually finished with 28 points for the game, Qatar continued to add to their lead at will and the end of the third quarter saw the score reading 64-36, with Bahrain needing a miracle in the fourth quarter to get them back in the match.

But Qatar were on a roll and in no mood to let their advantage slip. Abbasher was joined in his scoring spree by the Ndao brothers, Mohammed and Moustapha, with Ghassan Hajar joining in the fun as well as their team entered the final three minutes of the game, leading 75-44. Mohammed and Hajar finished with 11 points each for the game, with Moustapha scoring ten.

Bahrain were left to rue the many missed opportunities they couldn’t capitalise on, and the sometimes basic errors they made.

Omran Najaf, who had his best outing of the tournament, top-scored for Bahrain with 17 points with Mahdi Almusalli chipping in with eight and captain Abbas Albasri scoring five. Naser Alanzoor, easily the player of the championship for Bahrain, seemed strangely off-colour and failed to score.