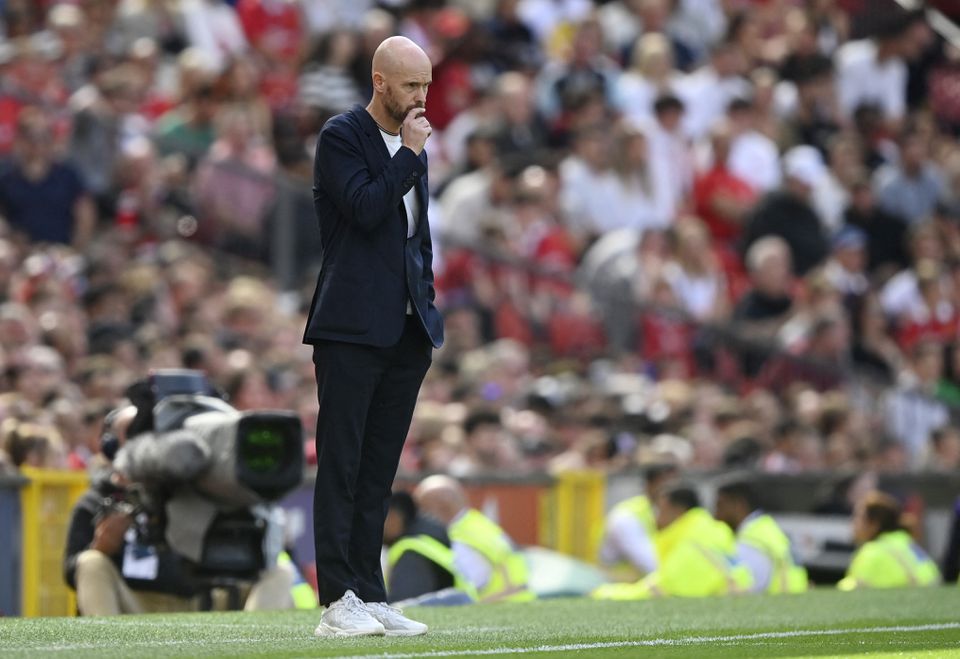 MANCHESTER: New manager Erik ten Hag saw the depth of the crisis at Manchester United when his side fell to a 2-1 Premier League defeat by Brighton & Hove Albion at Old Trafford yesterday, with German Pascal Gross scoring twice.

New Manchester City signing Erling Haaland, meanwhile, marked a fine Premier League debut by scoring in each half as the champions began their title defence by strolling to a 2-0 victory over West Ham United.

Brighton took the lead on the half-hour with Leandro Trossard finding former United forward Danny Welbeck who squared the ball to the back post for Gross to slot home.

Nine minutes later, Gross doubled the lead, with his sixth career goal against United, after David De Gea had poorly pushed out a Solly March drive right into the path of the German who again made no mistake.

Ten Hag introduced Cristiano Ronaldo in the 53rd minute and the Portugal forward, who is reported to want to leave the club, provided the spark for United’s attempted comeback.

The home side gave themselves a foothold in the 68th minute when a goalmouth scramble ended with Alexis Mac Allister turning the ball into his own net but Brighton held on for a second straight win against United and their first ever at Old Trafford.

Meanwhile, substitute Josh Dasilva scored a superb equaliser with four minutes remaining as Brentford came from two goals down to draw 2-2 with Leicester City in their Premier League clash at the King Power Stadium.