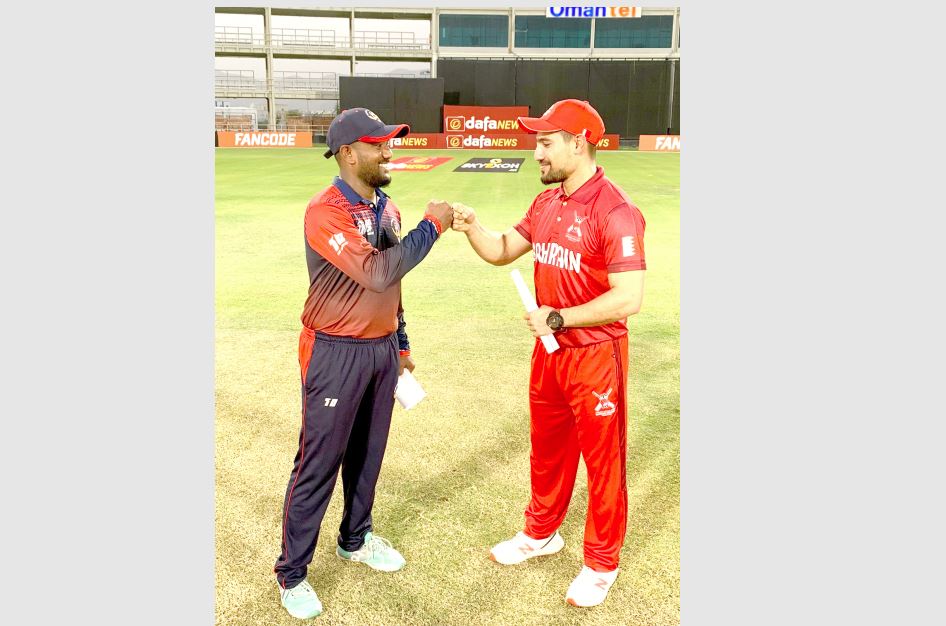 Medium-pacer Shahrukh Quddus took a hat-trick on debut and left-arm spinner Yasin Patel snapped up three wickets in four balls to help Kuwait consign Bahrain to a massive 102-run defeat in the fifth and final T20I last night at the Al Amerat Cricket Ground in Oman.

Kuwait’s fourth successive win after having lost the first game in a Super Over meant that they were able to add valuable points to their ICC world rankings status because of the 4-1 series result in their favour.

Bahrain, chasing 187 to win, were never in the hunt after they slumped to 12 for three in just the second over of their innings with Quddus accounting for opener Umar Toor, Shahbaz Badar and captain Haider Butt with his first three balls in T20I cricket.

That became 19 for five at the end of the fifth over when Patel clean-bowled David Mathias and Sikander Billah off the last two balls of his first over of the innings. He returned an over later to dismiss Mohammad Younis to leave Bahrain reeling further at 26 for six and, when all-rounder Sathaiya Veerapathiran was run out for nought in the next over, Bahrain were 27 for seven and staring at a huge defeat.

That they eventually managed to scrounge their way to 84 all out in the 19th over, well short of Kuwait’s 186 for seven, was largely due to leg-spinning all-rounder Junaid Aziz, who contributed 22, tail-ender Sachin Kumar, who remained not out with 19, and number 11 Shahid Mahmood, who hit two lusty blows for six before becoming the last wicket to fall.

Earlier, teenaged opener Meet Bhavsar set the ground alight with a sparkling, career-best innings of 71 from only 48 balls after Butt won the toss and put Kuwait in to bat.

The eighteen-year-old left-hander was in prime form, hitting medium-pacer Imran Khan for six in the fourth over of the innings, then rotating the strike after Veerapathiran struck twice in three balls to leave Kuwait at 28 for two after five overs.

When wicketkeeper-batter Usman Patel fell to leg-spinner Aziz for 15 after a brisk 29-run partnership with the opener for the third wicket to leave Kuwait 56 for three after nine overs, Bhavsar took the attack to the Bahrain bowlers, hitting off-spinner Kumar’s first delivery for six, then following up with a boundary in the same over.

Seventeen runs came off that Kumar over, the 10th of the innings, with Kuwait 73 for three and when Aziz came on for his second over, Bhavsar promptly launched his first ball into the stands before Shiraz Khan, in at five and a leg-spin bowler himself, hit Aziz for two more sixes in the same over.

Kuwait had suddenly rocketed to 93 for three after 11 overs with Bhavsar in full flow and Khan lending him solid support. The two added another 33 off the next four overs before Bhavsar, having hit medium-pacer Billah for a six and a four off consecutive deliveries, tried one shot too many and Billah celebrated as Aziz took a catch off a mis-hit in the deep.

Kuwait were now 126 for four after 15 overs. But, if Bahrain thought that Bhavsar’s departure would help stem the flow of runs, they hadn’t bargained for the free-hitting Bilal Tahir who came in at number seven, after Edson Silva failed to reprise his big-hitting spree from the night before, and proceeded to smash three sixes and a four in a 10-ball 25 that lent further impetus to Kuwait’s innings.

Meanwhile, Khan, who had already hit three sixes and a four, hit Veerapathiran, bowling the 20th over, for two more sixes, to finish with 48 not out off just 28 balls.

Kuwait had added 113 runs in the last 10 overs, with 60 coming in the last five alone, and Bahrain needed to do something similar in the first half of their innings to keep up with an asking run-rate of more than nine runs an over from the start. As it turned out, their night was only going to get worse from that point on.