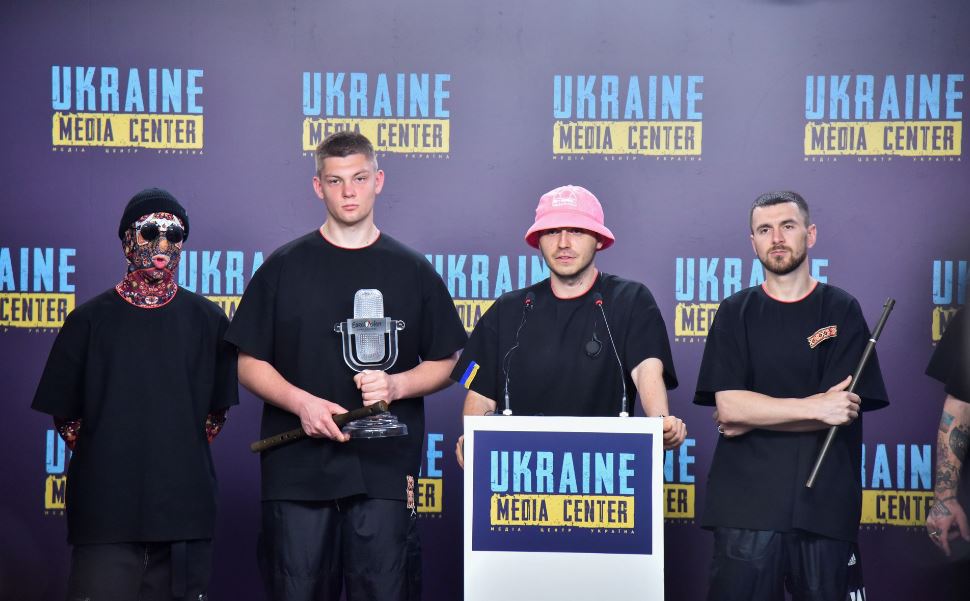 Kalush Orchestra, the winners of the 2022 Eurovision Song Contest, hold a news conference, amid Russia's invasion of Ukraine, in Lviv, Ukraine May 17, 2022. (Image credit: Reuters)

The Ukrainian winners of this year's Eurovision Song Contest on Wednesday launched a 24-hour fundraiser on behalf of soldiers who defended a besieged steel plant, as the country marked 31 years of independence and six months of war.

In a video posted on Instagram, Kalush Orchestra called on Ukrainians to donate 24 hryvnia (65 cents) each over 24 hours for those who fought on the frontlines at the Azovstal plant in Mariupol.

"We are opening donations for wounded fighters from Azovstal," the band said.

"This money will help our heroes become healthy and strong again," the group added in a caption translated into English, also congratulating Ukrainians on the country's Independence Day.

Mariupol was under siege for months. Fighters from the Azov Regiment, a unit of the national guard, fought for weeks from bunkers and tunnels below the steelworks before many surrendered in May.

Kalush Orchestra won Eurovision with 'Stefania' the same month, later raising $900,000 for the Ukrainian military by selling their trophy.