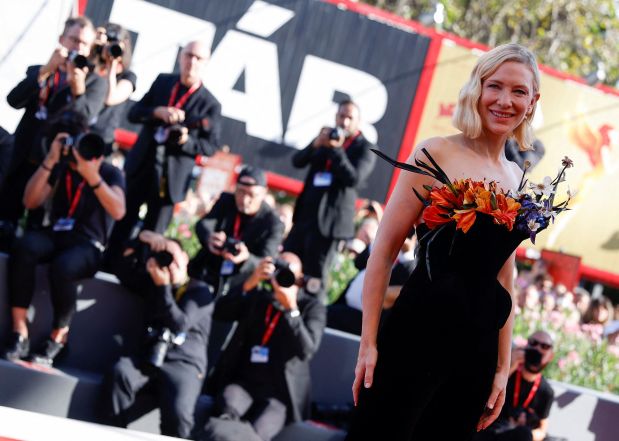 US director Todd Field puts a devastating #MeToo scandal at the heart of his new film, "TÁR", but characterising it as a social commentary or piece of political propaganda would do the work a disserve, its star Cate Blanchett said on Thursday.

Blanchett plays a hardnosed, gifted and gay conductor of a major German orchestra, whose seemingly unstoppable career hits the hurricane of an abuse scandal that is never fully explained.

The movie, being premiered at the Venice Film Festival, delves deep into the world of classical music and the complexities of orchestra life. It highlights a poisonous mix of sex, power and exploitation, but Blanchett denied this was at the heart of the story.

"While there are a lot of hot-button topics that come up in this movie, it is not about any of those things. They are plot devices," said the Australian actor, a Venice veteran who served as president of the jury in 2020.

"There are a lot of explosive things in the film. Without wanting to sound too highfalutin, it's much more existential for me," she said, adding: "I am not interested in agitprop."

She also denied that the film had anything significant to say about LGBT representation. "It felt urgent and it felt undeniable but, strangely, I didn't think about the character's gender nor her sexuality at all."

Much of the film focuses on three weeks in the life of Lydia Tar, when she goes from being a classical music megastar to fighting for her professional survival.

"There is an element of horror (to the story) ... It is a very long journey in a very short period of time for her," said Field, presenting his first film in 16 years following "Little Children" in 2006, which received three Oscar nominations.

In addition to directing, Field also wrote the screenplay, saying he penned the lead role specifically for Blanchett, who was involved in the project from the start.

Blanchett told reporters she was drawn to the complexity of the lead character, with much of her past left unsaid.

"You experience someone who has definitely put her past in a box and through her great talent has tried to reinvent herself and be saved ... by the music, but she is haunted by something."