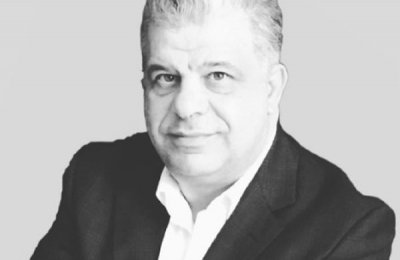 Walid Karanouh
The National Auto Award, the most prestigious award in the automotive sector in the Kingdom of Saudi Arabia, celebrates its tenth anniversary this year.
It all began in 2012 when ‘PR Arabia’, an agency specialised in marketing and media communications in the auto sector, introduced the award, governed by global standards and under the supervision of various experts in the auto and mechanical engineering sectors, as well as car racing champions.
The scope of the award expanded and its objective was greatly enhanced after the support and sponsorship it received from several competent authorities, such as the Saudi Automobile & Motorcycle Federation (SAMF) and Cars Agents National Committee Members, in addition to the support of the regional offices of car companies, resulting in the award’s consecutive successes crowned today by the launch of its 10th edition.
Great interest
Walid Karanouh, founder of PR Arabia and secretary-general of the National Auto Award, said: “Since its first session, the National Auto Award has witnessed great interest from auto dealerships and from everyone working in this sector, in addition to the encouragement the award received from several regional offices due to the idea behind it and its implementation mechanism.”
Over the past 10 years, many auto companies and factories producing all models of all auto categories have been honoured. This in turn has contributed strongly to activating the auto sector and establishing fair competition between agents, thus enabling customers in the kingdom to access the best car models and services.
The year 2013 witnessed the organisation of the first awards ceremony in Jeddah and hence it set out to achieve success after another.
New categories
After the success of the award’s first edition, six new award categories were established, such as Community Service Programmes, Marketing Programmes, Motorsports, and Personality of the Year in the Auto Sector. These categories met with a high level of enthusiasm among car agents who desperately sought to win at least one of the awards in their quest to raise the level of their marketing performance and enhance their activities.
Karanouh added: “The National Auto Award has gained universal fame among car manufacturers who are racing to put their logos in their marketing campaigns, due to the success and professionalism it enjoys annually. The efforts deployed by the award’s organising committee and its sub-committees, in addition to the support of the print, audio and social media channels have truly strengthened the award.”
The award’s organising committee will determine the venue and time of the celebration of the 10th anniversary. Karanouh confirmed that a new logo has been chosen for the occasion, in line with the essence of the celebration, as well as the launch of the award’s new website. We have started to attract nominations for all branches and sections of the award, and the venue and time of the closing ceremony for this occasion will be announced later.-- TradeArabia News Service