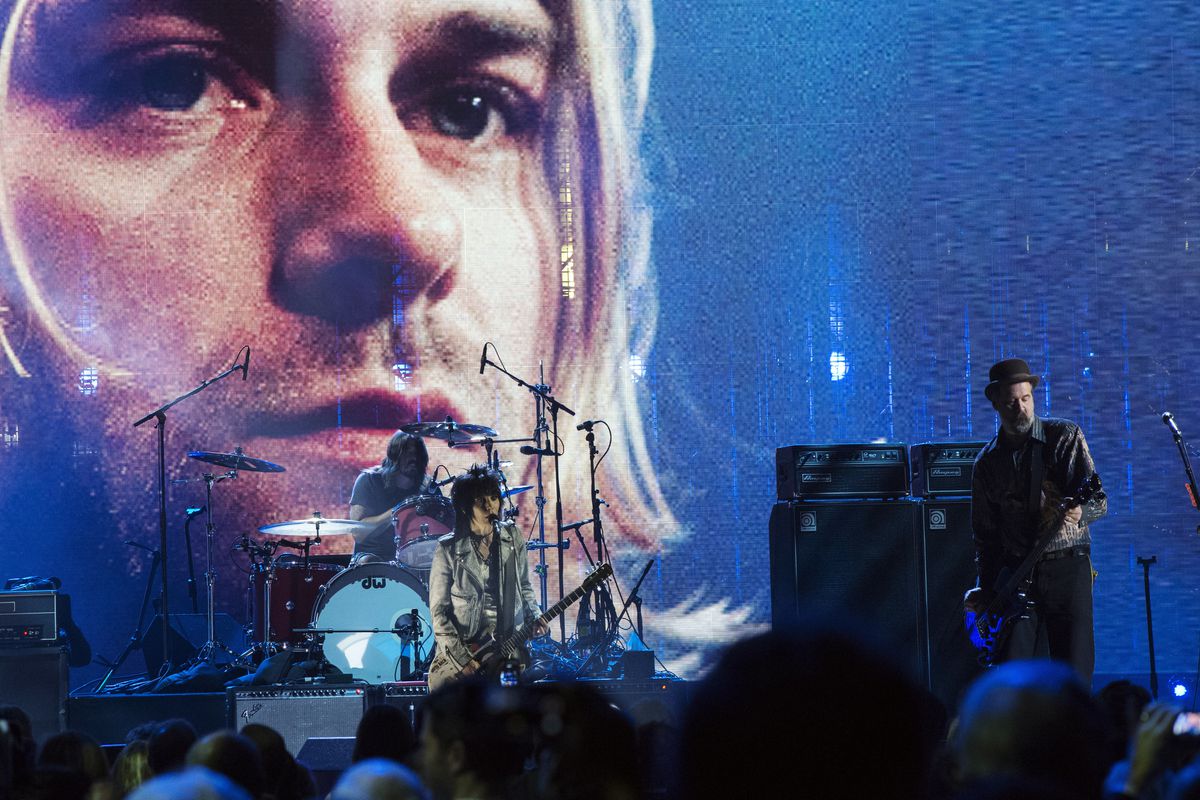 FILE IMAGE: Joan Jett (C) performs with Dave Grohl and Krist Novoselic (R) of Nirvana after the band was inducted during the 29th annual Rock and Roll Hall of Fame Induction Ceremony at the Barclays Center in Brooklyn, New York April 11, 2014. Reuters Photo

Nirvana has won the dismissal of a lawsuit by a man who claimed his depiction as a naked four-month-old baby on the cover of the band's seminal 1991 album "Nevermind" was child pornography.

In a decision on Friday, US District Judge Fernando Olguin in Los Angeles said Spencer Elden waited too long to claim Nirvana sexually exploited him, having sued more than 10 years after learning about the cover.

The lawsuit stemmed from Nirvana's use of a photo taken by Weddle in 1991 at the Pasadena Aquatic Centre in California, which depicted Elden swimming naked toward a dollar bill pierced with a fish hook.

Elden was interviewed in 2003 at age 12 by Rolling Stone magazine about the photo, saying he was "probably gonna get some money from it," and recreated the image as an adult in 2016 with "Nevermind" tattooed on his chest.

He nevertheless claimed in his lawsuit, which began in August 2021, that he met the statute of limitations because his injuries including emotional distress, lost earning capacity and "loss of enjoyment of life" continued into adulthood.

The judge rejected that argument, saying it would effectively permit Elden to sue Nirvana indefinitely.

"In sum, plaintiff fails to allege that he knew of a violation that occurred while he was a minor or an injury that forms the basis of the claim within ten years of filing this action," Olguin wrote.

Elden had filed three versions of his complaint, and Olguin's dismissal prevents him from filing a fourth.

A lawyer for Elden did not immediately respond on Saturday to requests for comment.

Bert Deixler, alawyer for the defendants, said: "We are pleased that this meritless case has been brought to a speedy final conclusion."