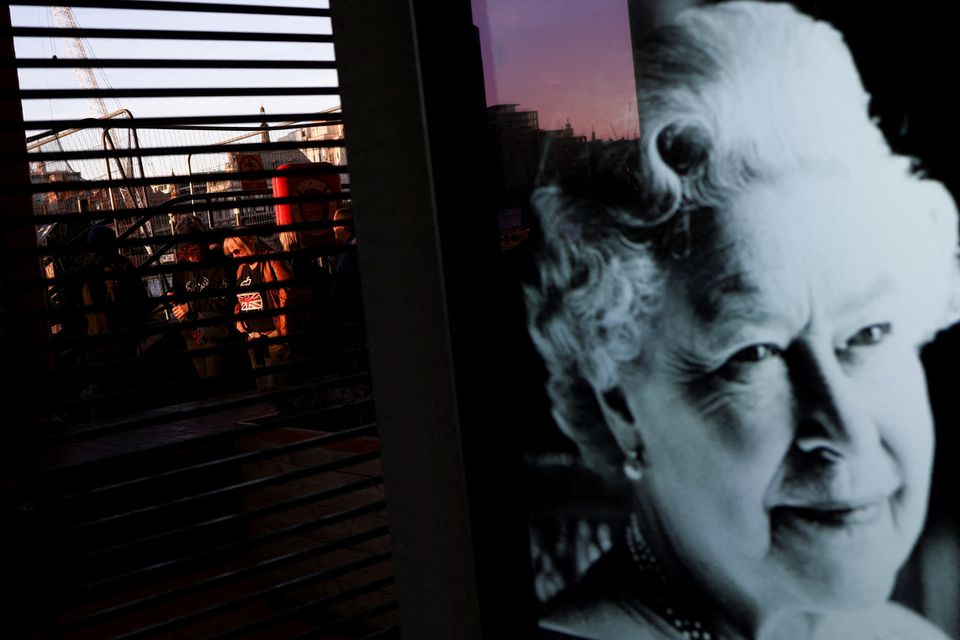 A picture of Britain's Queen Elizabeth is seen as people queue to pay their respects following her death, in London, Britain, September 17, 2022. REUTERS/Tom Nicholson

Queen Elizabeth’s state funeral today will be shown by around 125 cinemas across Britain, while parks, squares and cathedrals will also set up viewing screens for the huge ceremonial event, the government said.

The funeral service at Westminster Abbey and related processions across London will also be shown live on television by the BBC, ITV and Sky, the culture department said in a statement.

Presidents, prime ministers and royalty from around the world are expected at the funeral of Britain’s longest reigning monarch, who died on September 8 aged 96.

The government has declared a public holiday for the funeral and it could command a higher audience than seen for other major events from recent British history including Princess Diana’s funeral in 1997, the 2012 London Olympics and royal weddings.

Admission to the cinema screenings is free with many of the screenings already at capacity, the UK Cinema Association said.

Members of the public were camping out to secure positions on the procession route and near Westminster Abbey, the site of coronations, weddings and burials of English and then British kings and queens since William I in 1066.

Britain has not held a state funeral on the scale planned for the queen since that for the Second World War leader Winston Churchill in 1965.