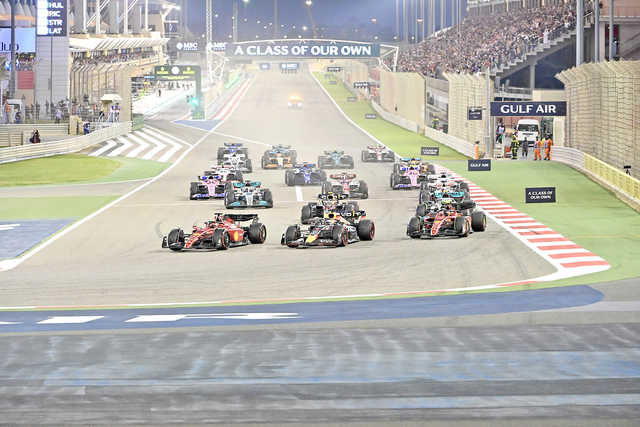 BAHRAIN is set to host the first race of the 2023 Formula 1 season in March.

The race will take place between March 3 and 5 and will be the fifth time that Bahrain International Circuit has had the honour of hosting the opening race of the season.

The World Motorsport Council has approved the 2023 Formula 1 calendar, which includes the Bahrain Grand Prix as the season opener, the FIA announced yesterday.

BIC chief executive Shaikh Salman bin Isa Al Khalifa said: “After the record crowds, electric atmosphere and incredible racing which we were delighted to host in 2022, it makes us hugely proud to be hosting yet again the opening round of the season.

“We are already well underway with our plans for next year and will be announcing details of tickets and plans for the race shortly. Whilst the bar was set high for our 2022 race, we can’t wait to offer fans an even better experience next year.

“It’s a great honour for us to be able to host the first race of the season and we thank Formula 1 for placing their trust in us for what we hope will be yet another landmark occasion for the sport,” Shaikh Salman added.

With tickets expected to sell quickly, fans can now register their interest at Bahraingp.com to become the first to hear about the launch of ticket sales.

In 2023, Formula 1 will host a record total of 24 races, with the start of the season in Bahrain kicking off a Middle East start to the season, with the Saudi Arabian Grand Prix taking place two weeks later. The calendar also confirms the sport’s growing presence in the US, with Las Vegas joining the calendar on 18 November.