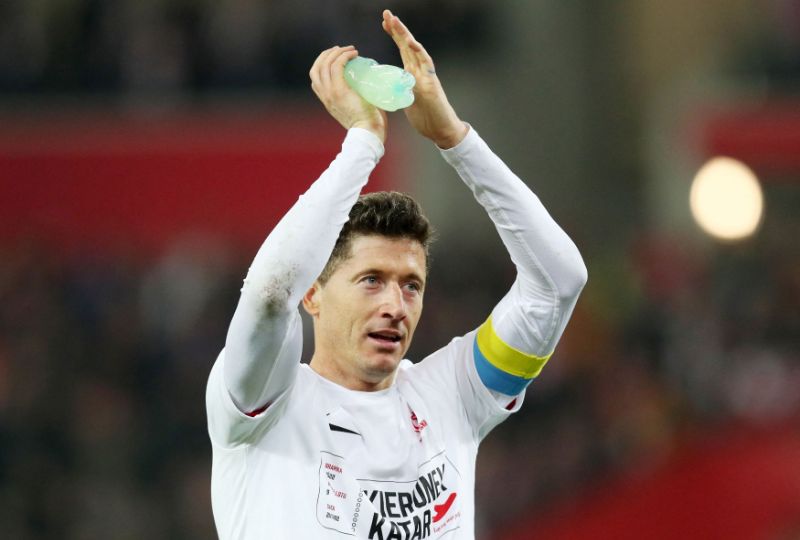 Poland captain Robert Lewandowski has pledged to wear Ukrainian colours on his sleeve at the World Cup to show solidarity with the war-torn country after getting a special blue and yellow armband from Andriy Shevchenko.

The Barcelona striker met former Ukraine captain and coach Shevchenko at Warsaw's national stadium to collect the armband which he will wear in Qatar to symbolically represent Ukraine, who failed to qualify for the tournament.

In February, Russian President Vladimir Putin ordered troops into Ukraine on what Moscow calls a "special military operation" to "disarm" Kyiv, purge it of "nationalists" and halt NATO expansion.

"I am going to wear Ukraine's colours at the Qatar World Cup," Lewandowski said. "I'll wear Shevchenko's armband at the World Cup in November as a reminder that the people of Ukraine are not alone and remain in our thoughts.

"Being here with Andriy means a lot to me."

Former Chelsea and AC Milan striker Shevchenko, who played for Ukraine 111 times scoring 48 goals and represented Dynamo Kyiv before playing abroad, has been raising funds to rebuild his country following the invasion.

"I want to thank Lewandowski for this act of solidarity and for all his work on behalf of my country," Shevchenko said.