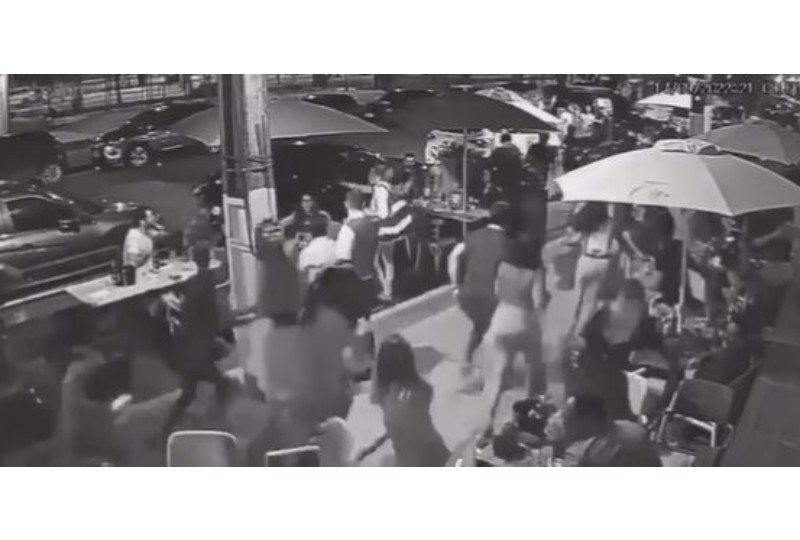 A screen grab of the CCTV video. (Video credit: TW/CitizenFreePres)

What should have been a nice night out turned into mass panic due to a misunderstanding among some diners in Brazil!

On September 24, a group of CrossFit joggers were running past a restaurant in Recife, when the patrons mistook the activity for something a lot more sinister.

Seeing people running, some of the people started running away in panic. A CCTV video recorded the event.

False alarm in Brazil... A group of CrossFit runners passed by a crowded restaurant and caused a panic pic.twitter.com/8Mlx6OO3YL

The video shows a woman jogger entering from the left of the screen, followed by several others. The people in the restaurant soon started getting panicked and started running away too.

The video has gone viral on Reddit, and it has since been revealed that the customers and staff of the restaurant believed that the runners were thieves attempting to rob them.

This type of crime is reportedly very common in Brazil, where a group of thieves rush strangers and take off with their belongings.