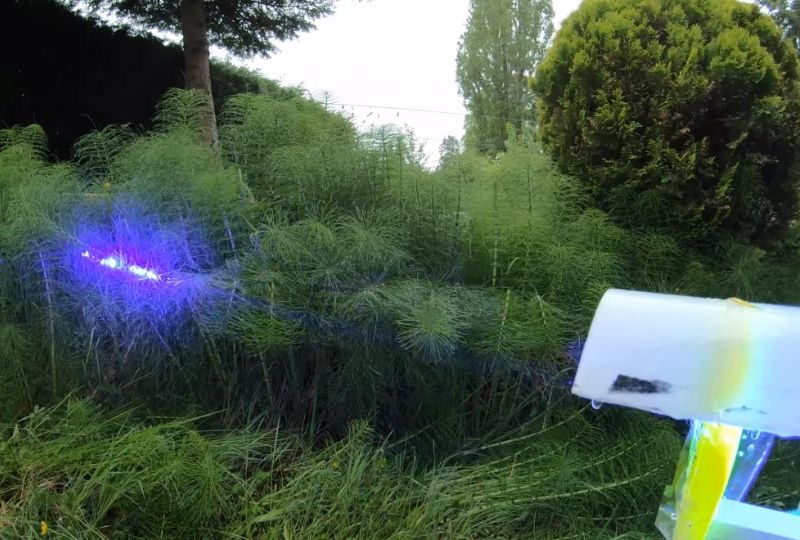 A screen grab of the video. (Video credit: YT/rctestflight)

Your 'Star Wars' fantasy of owning a lightsaber may come true, at least in your garden!

YouTuber Daniel Riley released a new video on his channel 'rctestflight' of his new invention - a lawn mower that cuts grass using a powerful laser beam.

"The youths of today are quickly adapting to the digital era. With soft hands and minuscule attention spans, the last thing we're cut out to do is yard work. Why should I be out here in the hot sun when I really should be hanging out with all of my best friends at a pool party in the Metaverse? So, as a classic millennial move, I decided that instead of mowing a lawn I would just make a YouTube video about building a robot that mows it for me," Riley said at the beginning of his video.

The YouTuber used a 40W laser for his new invention, attaching it to a 3D printed gimbal so that it could rotate easily.

According to Riley, the laser wasn't powerful enough to cut through a finger but could blind you if it hit your eye.