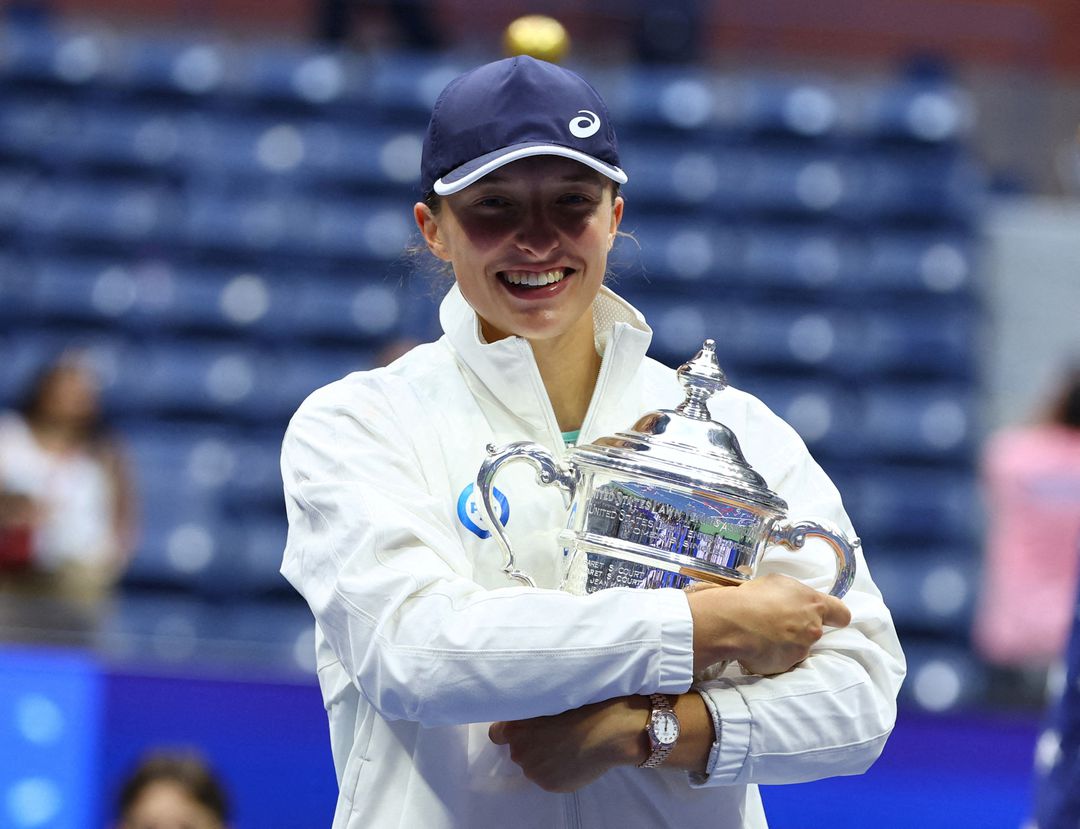 Iga Swiatek will not play for Poland in next month's Billie Jean King Cup finals in Glasgow, the world number one said on Monday as she took issue with the sport's governing bodies and their handling of the tournament calendar.

Swiatek had helped Poland progress to the finals in April but the tournament will be held from Nov. 8-13, just one day after the season-ending WTA Finals which will be held in Fort Worth, Texas this year.

"I was thinking it through a lot and discussing it with my team all over again, but I will not be able to play at the Billie Jean King Cup in Glasgow. And it makes me sad," the Pole said on Instagram.

"I'm very sorry, because I play for Poland whenever it's possible and I always give it my best. Playing in Poland this year was an honour and I hoped to do this again at the end of the season.

"I'm disappointed that tennis governing bodies didn't come to an agreement on something as basic as the calendar of tournaments, giving us only one day to travel through the globe and changing the time zone."

"This situation is not safe for our health and could cause injury. I'm going to talk to the WTA and ITF in order to change something," Swiatek added.

"This situation is difficult not only for the players like me, but mainly for the tennis fans that support our sport."

The Billie Jean King Cup will have 12 teams competing in four round-robin groups of three teams each, with the group winners moving to the semi-finals. Poland are in Group D with the Czech Republic and the United States.