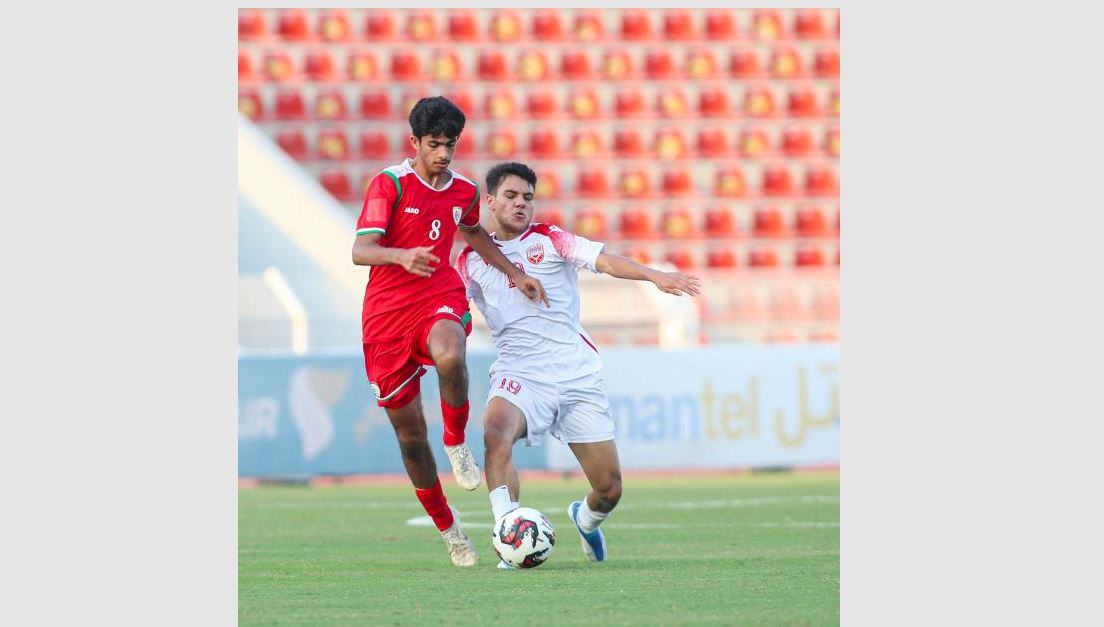 Action from the Bahrain-Oman game yesterday

Bahrain subsided to a 2-0 defeat to hosts Oman in their third Group C game of the 2023 AFC U17 Asian Cup Qualifiers in Muscat yesterday.

After a hard-fought first half which ended with Oman taking a 1-0 lead at the break, Bahrain pulled out all the stops in the second half as they desperately sought the equaliser.

But it was not their day as Tamim Khalifa Al Breiki, the Omani midfielder who had put his team ahead just before half-time, scored his second goal to leave the scoreboard reading 2-0 in Oman’s favour.

With only 13 minutes left, Bahrain knew they were running quickly out of time. But, try as they might, they just could not manage to find a way to penetrate through the Omani defence.

Before long, the final whistle was blown to the delight of the Oman players and the home crowd in the stands.

The loss dents Bahrain’s hopes of qualifying for the main tournament next year as they now lie in third place on the five-team table, with four points from their three matches so far.

Oman lead the table with six points from their two wins in two games, while Qatar are in second place with four points from two matches.

Bahrain will now need to win their last group match against Iraq tomorrow to have any chance of staying in the race to qualify for the main event next year.

But the odds are heavily stacked against them. Even if Bahrain win against Iraq, their fate will depend on how the results of the games between the other three teams in the group turn out.

According to tournament rules, the table-toppers from each group automatically qualify for the Asian Cup while the six best second-placed teams also become eligible to play in the main tournament.