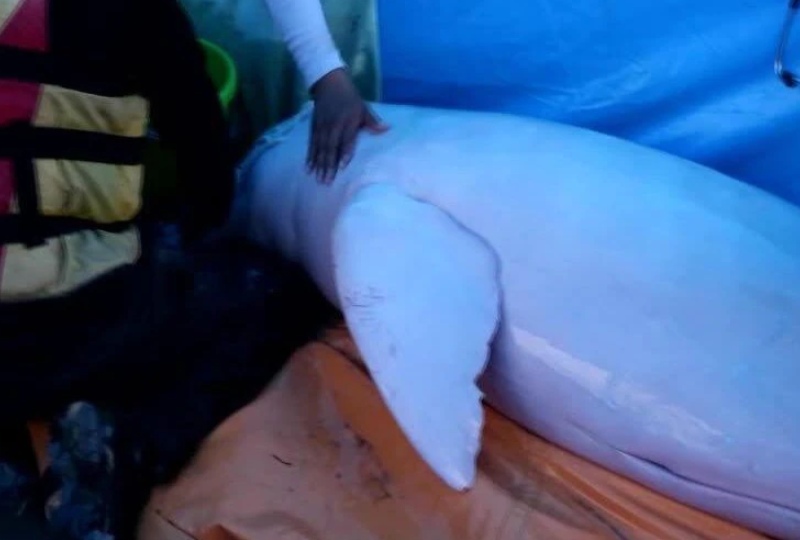 The two dolphins were found languishing in still water ponds cut off from the Bolivian Amazon's Rio Grande after they swam inland and the main channel dropped, according to Claudia Venegas, a biologist with a rescue program.

Two pink river dolphins were rescued in Bolivia's Amazon rainforest after they were found languishing in still water ponds cut off from the Rio Grande River https://t.co/h0siMXWBaR pic.twitter.com/yHicLVIaDw

She explained that many pink dolphins lose access to the river because of their reproductive instincts.

"When the females go to give birth they seek out quieter places and so they leave the river in search of calmer backwaters," said Venegas, noting that other females will often join to help raise the infant calves and teach them to fish.

Over the past dozen years nearly 60 trapped pink river dolphins, scientifically known as Inia boliviensis, have been rescued, she added.

The dolphins' rosy complexion is due to blood vessels close to their skin, though some specimens are blue or even white.

While scientists have documented just a handful of fresh-water dolphin species, the pink river dolphins are the largest, growing up to nine feet long (2.7 meters) and weighing some 300 pounds (136 kg).

Believed to be semi-divine creatures by some indigenous groups, they use echolocation to navigate often murky waterways. But their populations have fallen sharply along with deforestation, according to researchers.

Sharon Deem, another member of the rescue program, told Reuters that efforts to conserve the species point to even larger ecological goals.

"That's really one of the beauties of this project right now," she said, stressing that efforts to study and protect "this magical creature" can boost environmental sustainability for all species, including humans.