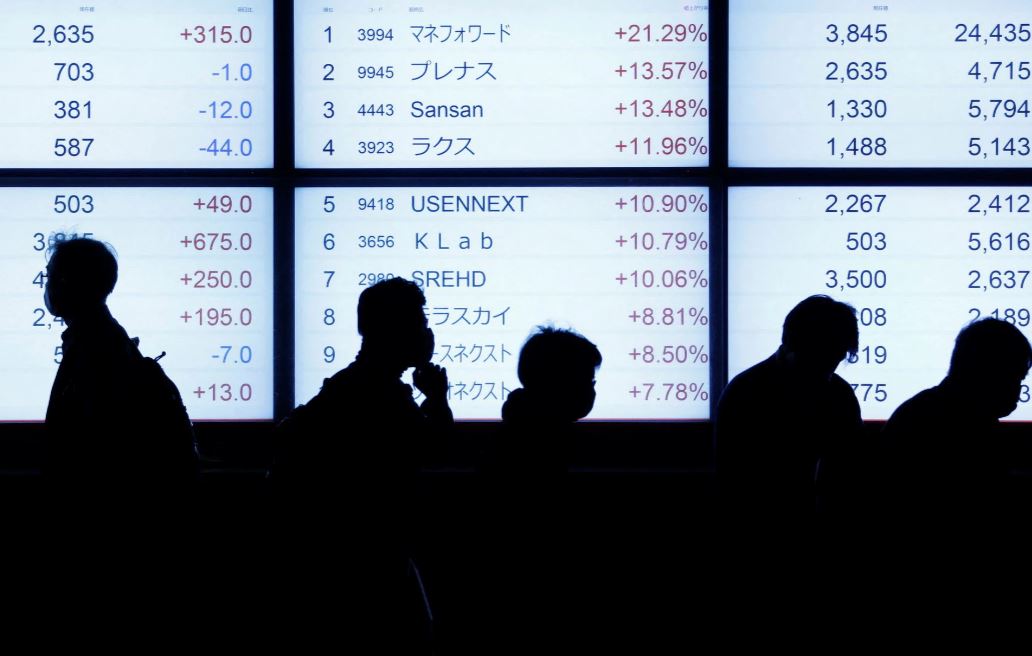 Asian share markets pulled back on Thursday and the dollar held its overnight gains before the big test of a US consumer inflation report, while market sentiment took a dive as the likely collapse of a major crypto exchange spooked investors.

With no final results available from the US mid-term elections, investors were turning to upcoming inflation data later in the day, which is likely to show a slowing in both the monthly and yearly core numbers for October to 0.5% and 6.5%, respectively, according to a Reuters poll.

European markets are set to extend the cautious mood, with the pan-region Euro Stoxx 50 futures down 0.7%. However, US S&P 500 futures edged up 0.2% while the Nasdaq futures rose 0.3%.

MSCI's broadest index of Asia-Pacific shares outside Japan fell 1.2%, dragged lower by a 1.0% drop in China's bluechips and a 1.8% retreat in Hong Kong's Hang Seng index.

China is again grappling with a Covid surge, with the southern metropolis of Guangzhou reporting thousands of cases. Apple Inc supplier Foxconn plans to update its fourth-quarter outlook on Thursday, after strict Covid curbs remained in place at its major plant in China despite the lifting of a lockdown.

"The high probability is we see a number that is fairly in line with expectations – that is obviously harder to call, and we may need to wait for the guidance from Fed speakers in the session ahead to see how they interpret it," said Chris Weston, head of research at brokerage Pepperstone.

A slew of Fed officials including Board Governor Christopher Waller, Bank of Philadelphia President Patrick Harker, Bank of Dallas President Lorie Logan will be speaking tonight.

The futures market currently showed investors believe the Fed could step down to a 50 basis point hike next month, while the target US federal funds rate could peak around 5.1% by next June.

Overnight on Wall Street, shares ended lower as Republican gains in midterm elections appeared more modest than some had expected. Republicans were still favoured to win control of the House of Representatives but key races were too close to call.

In the crypto world, bitcoin rose 3.6% to $16,443 on Thursday, after tumbling for two straight sessions to its lowest level since late 2020.

Binance, the world's biggest crypto exchange, said late on Wednesday that it had decided not to acquire smaller rival FTX, which has grappled with a severe liquidity crunch and faced bankruptcy without more capital.

"You can't deny the growing correlation between bitcoin and risk assets. The FTX news is having an outsized effect on asset prices," said Stephen Innes, managing partner at SPI Asset Management.

"Bitcoin spillovers are not negligible, and given how widely crypto coins are held, it could mean more forced liquidation of other assets to cover margin calls as long position investors were massively wrong-footed."

The US dollar on Thursday held onto most of its overnight gains against a basket of currencies.

US Treasury yields were lower on Thursday.

In commodities, oil prices trimmed earlier losses on Thursday, after tumbling around 3% in the previous session on fears of demand from China and rising US crude stocks.