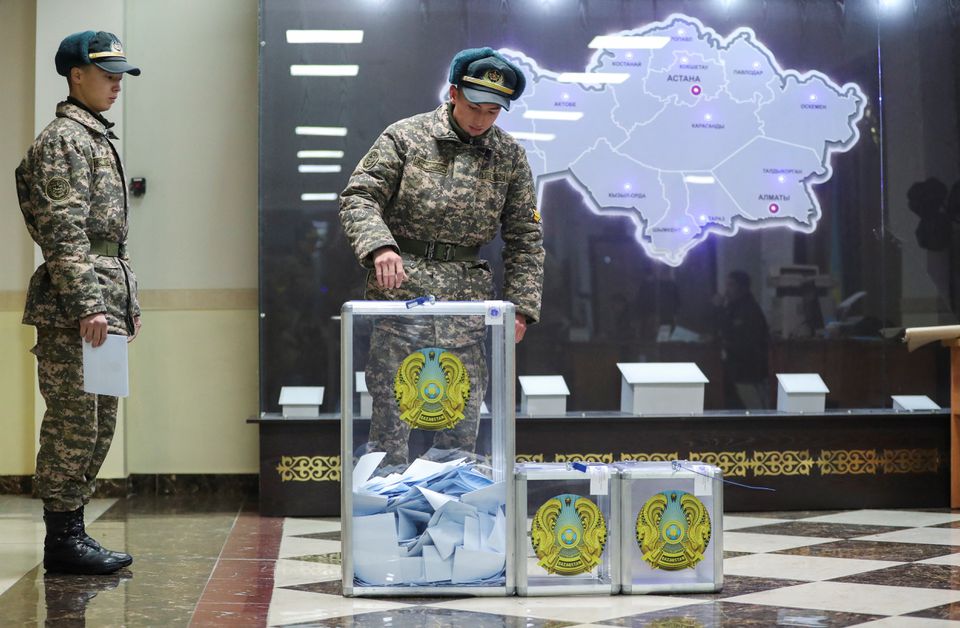 ALMATY - Kazakh President Kassym-Jomart Tokayev holds a snap election on Sunday that he is certain to win, solidifying his grip on power less than a year after he sidelined his long-ruling predecessor Nursultan Nazarbayev.

The former diplomat, who came to power in 2019 as Nazarbayev's hand-picked successor when the country's only ruler since the Soviet era stepped down, broke with his ex-patron after a January uprising that Tokayev called a coup attempt.

A new election victory - a foregone conclusion against five little-known candidates - will give Tokayev, 69, the sort of overwhelming personal mandate Nazarbayev routinely secured as he built a personality cult over five successive terms.

Nazarbayev, who had held on to important posts after stepping down, gave them up during the uprising in which 238 people died. Tokayev has since forced Nazarbayev allies to relinquish other positions, and changed the name of the capital - renamed "Nur-Sultan" in Nazarbayev's honour - back to Astana.

Tokayev called in Russian help to put down the unrest, but has since kept his distance from Moscow, avoiding giving public backing to Russia's war in Ukraine.

Russia is Kazakhstan's biggest trading partner, and Russia's slide into recession has hurt Kazakh economic growth, while the strength of the rouble boosted by capital controls has helped push inflation in Kazakhstan to a 14-year high.

Tokayev, a former foreign minister and deputy secretary general of the United Nations, has overseen constitutional reforms which limit his own rule to two terms. He has also promised to reduce income inequality by rooting out corruption and redistributing wealth more fairly.

Polls have predicted none of the five other candidates would score in the double digits.

"Among those who are running for president, I only know Tokayev, firstly," said Timerlan Sadykov, a resident of Kazakhstan's biggest city Almaty.

"And secondly, the way he's conducted himself on the international stage has been very appealing."

Preliminary results of the vote are expected on Monday, and exit poll data will be published hours after polls close at 8 p.m. local time (1400 GMT).