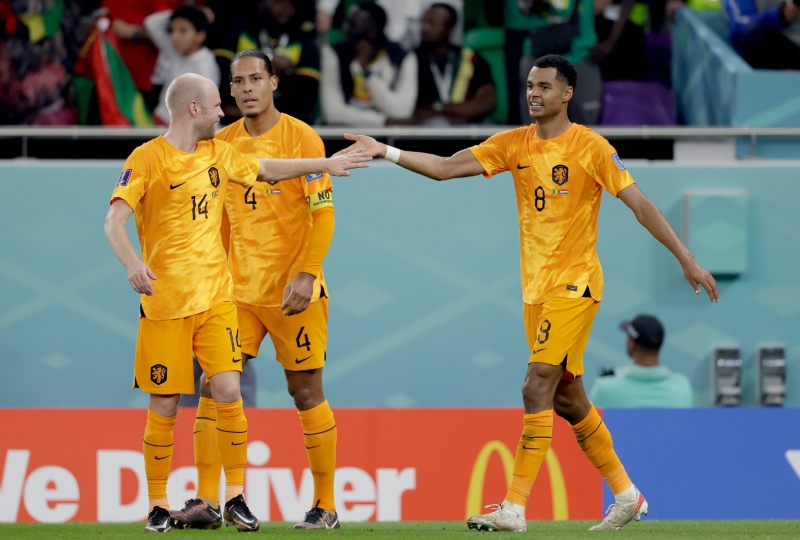 Cody Gakpo scored a late goal on his World Cup debut and Davy Klaassen added a second deep in stoppage time to give the Netherlands a 2-0 win over Senegal in their Group A clash at the Al Thumama Stadium on Monday.

Coach Louis Van Gaal handed goalkeeper Andries Noppert his first international cap and he had little to do as the Dutch defence stifled the African champions, though he did pull off a superb save in the 73rd minute to parry a stinging shot from Idrissa Gueye.

The Netherlands attack had been wasteful throughout until the 23-year-old Gakpo stole through the middle and beat Edouard Mendy to a cross from Frenkie de Jong to send a glancing header into the net in the 84th minute.

Substitute Klaassen reacted quickest nine minutes into stoppage time to pounce on a rebound from a Memphis Depay shot and fire home to put the Dutch top of the group alongside Ecuador, whom they meet in their next game on Friday.