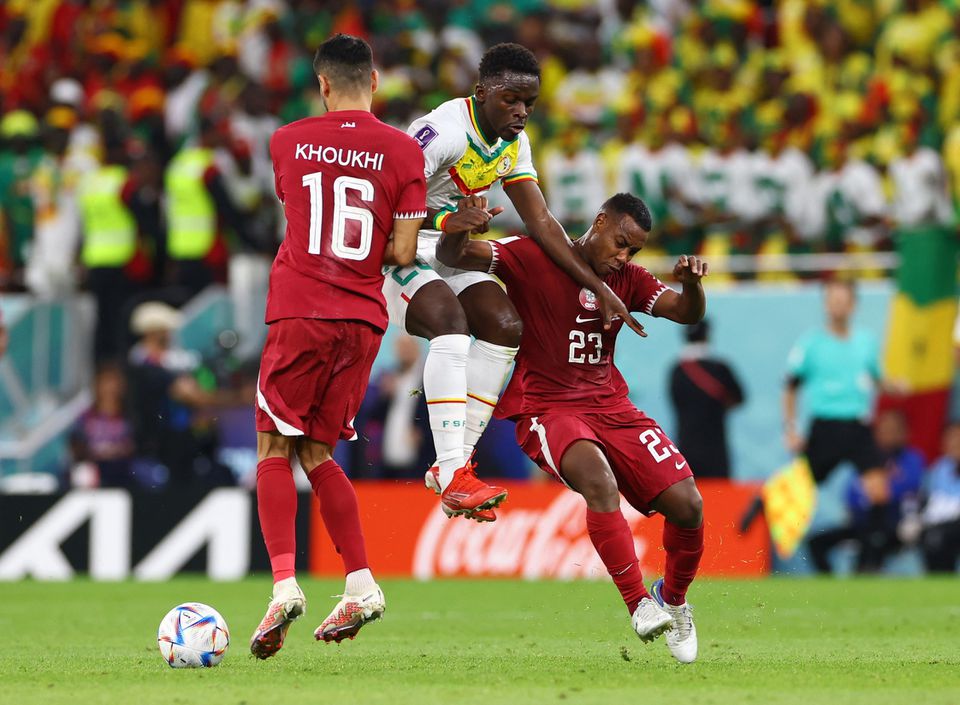 Senegal strikers Boulaye Dia, Famara Diedhiou and Bamba Dieng scored to secure a deserved 3-1 victory over Qatar and send the host nation to the brink of elimination following their World Cup Group A clash at Al Thumama Stadium on Friday.

Senegal have three points from their two games and meet Ecuador in a final pool clash on Tuesday, while Qatar still have no points and will be out of the tournament if Netherlands beat Ecuador or that match ends in a draw later on Friday.

A howler from Boualem Khoukhi allowed Dia to net the opener four minutes before halftime when the defender got the ball caught under his feet as he tried to clear before Diedhiou headed in a second and Dieng made sure of the win late on.

Qatar scored their first ever World Cup goal with 12 minutes of ordinary time remaining as Ghana-born striker Mohammed Muntari headed in Ismail Mohamad's cross but the rare moment of celebration for the home supporters proved only a consolation.