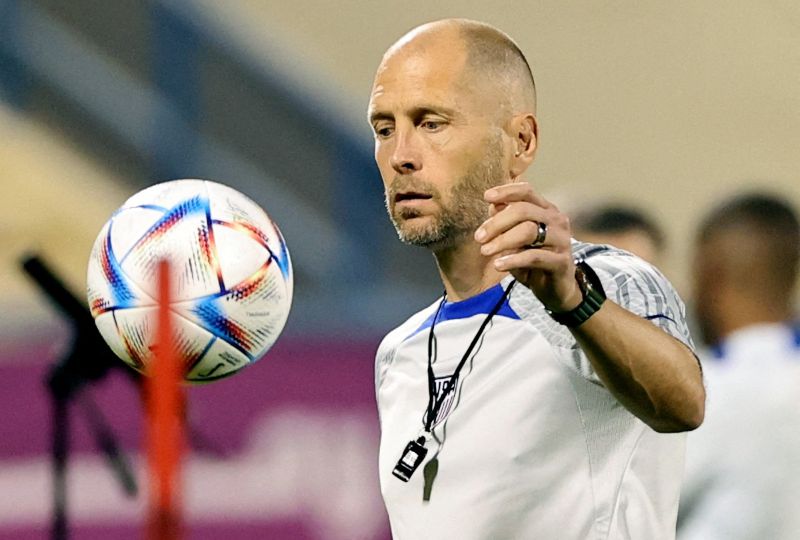 United States coach Gregg Berhalter said he will look to draw on the lessons he learnt in the Netherlands during his playing career when the two teams meet on Saturday for a place in the World Cup quarter-finals.

Former US international Berhalter signed his first professional contract with Dutch side PEC Zwolle and also played for Sparta Rotterdam and Cambuur Leeuwarden during an 18-year playing career.

The Americans, who have not reached the quarter-finals since 2002, will be underdogs against three-times finalists Netherlands but will fancy their chances against a Dutch team that stuttered through the group stage.

"I learnt so much in Holland," Berhalter told reporters on Friday. "It's almost like, what concepts haven't I taken from Dutch football? It was a great experience being there.

"After every training session and every game, you have a debate with your players about it. People love to discuss soccer and you really learn a lot. And it was a great time for me.

"If I wasn't in Holland, I don't think I would have had that background that really helped shape my ideas."

Berhalter is not the only person in the American camp with Dutch experience. Right back Sergino Dest was born to a Dutch mother and Surinamese-American father in Almere, Netherlands and grew up in Holland.

Dest, currently at AC Milan on loan from Barcelona, rose to prominence with Dutch giants Ajax Amsterdam and was eligible to represent the US and Netherlands at international level.

"When you're at a club like Ajax, there's a lot of attention on you, especially as a young player. It's a very good club to develop players and he did really well there," Berhalter said.

"He has been fantastic for us this camp. I'm really happy for him and hopefully he has a great game tomorrow."

Christian Pulisic has been cleared to return for Saturday's last-16 tie, the US Soccer Federation said later on Friday, after he sustained a pelvic injury during Tuesday's nerve-shredding 1-0 win over Iran in their final Group B match.

Chelsea forward Pulisic scored the goal that secured the US passage to the knockout round but clattered into Iran goalkeeper Alireza Beiranvand in the process and was forced off at halftime.

Josh Sargent also left the Iran match in the second half after hurting his right ankle and Berhalter said he was "a little less" optimistic about the availability of the Norwich City forward.