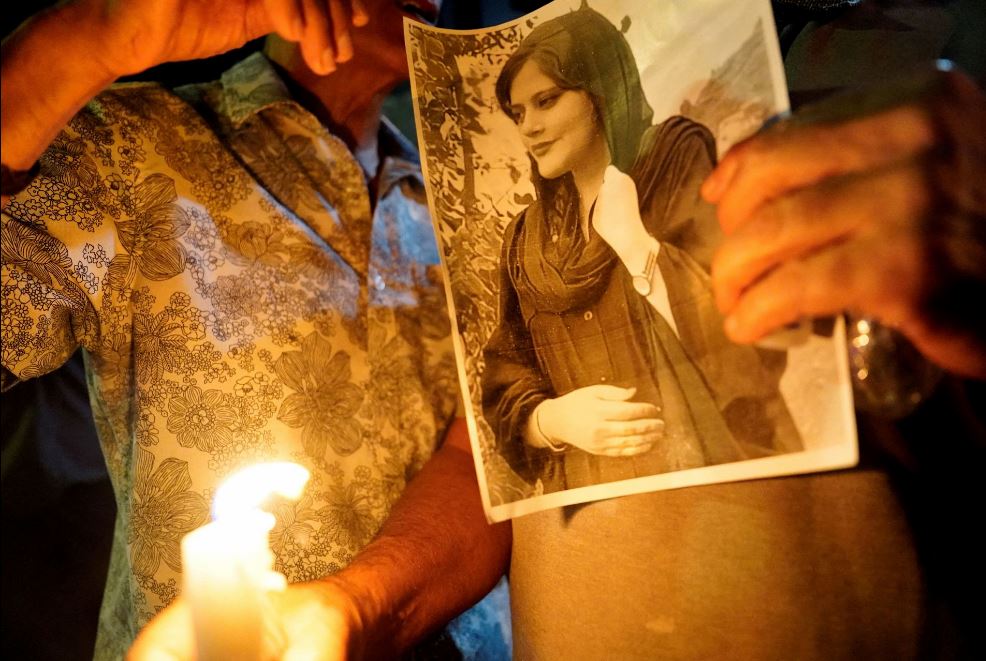 A former Iranian president has made rare public comments praising anti-government protesters and urging the authorities to heed their demands “before it is too late”.

He also criticised arrests of students in the security forces’ crackdown.

The comments came in a statement to mark Student Day.

Students have been at the forefront of the unrest that began in mid-September following the death in custody of Mahsa Amini, a 22-year-old woman who was detained by morality police for allegedly wearing her hijab, or headscarf, “improperly”.

The women-led protests have spread to more than 150 cities and 140 universities in all 31 of the country’s provinces and are seen as one of the most serious challenges to the Islamic Republic since the 1979 revolution.

Iran’s leadership, including hard-line President Ebrahim Raisi, has portrayed them as “riots” instigated by the country’s foreign enemies and ordered security forces to “deal decisively” with them.

So far, at least 473 protesters have been killed and 18,215 have been detained, including 586 students, according to the Human Rights Activists’ News Agency. It has also reported the deaths of 61 security personnel.

Khatami, a reformist who served two terms as president between 1997 and 2005, praised in his statement what he called the “perhaps unprecedented” involvement of students and professors in the protests and criticised the punishments and restrictions they had faced as a result.

“It should not be allowed that freedom and security are placed in opposition to one another, and that as a result freedom is trampled under the pretext of maintaining security, or that security... is ignored in the name of freedom,” he said.

Addressing Raisi’s government directly, he said: “I advise officials to appreciate this presence and, instead of dealing with it unjustly, extend a helping hand to them and, with their help, recognise the wrong aspects of governance and move towards good governance before it is too late.”

In a separate development, Iran’s judiciary said that five protesters had been sentenced to death after being convicted of “corruption of Earth”.

The unnamed defendants were accused of killing a member of the paramilitary Basij Resistance Force in Karaj, west of Tehran.

Eleven other defendants, including three children, were handed lengthy prison terms for “their role in the riots”, according to the judiciary.