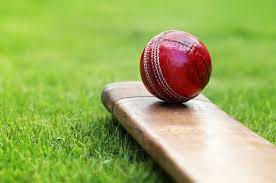 Cameron Green celebrated a maiden five-wicket innings haul as Australia skittled South Africa for 189 before finishing 45 for one in reply at the end of day one of the second Test yesterday.

David Warner was 32 not out in his 100th test, with Marnus Labuschagne on five, and Australia trailing by 144 runs but well in control to the delight of a festive Boxing Day crowd of 64,876 at a sun-drenched Melbourne Cricket Ground.

South Africa, beaten by six wickets in Brisbane and trailing 1-0 in the three-match series, needed more from their batsmen after home captain Pat Cummins won the toss and elected to field.

Instead, there were twin collapses either side of a doughty 112-run stand for the sixth wicket by all-rounder Marco Jansen and wicketkeeper Kyle Verreynne, who each scored fifties.

Green triggered both collapses, dismissing number three Theunis de Bruyn for 12 as South Africa lost three wickets for two runs to be 58 for four before lunch.

The tall 23-year-old later crushed Jansen (59) and Verreynne’s (52) rearguard, dismissing both behind the wicket, before bowling tail-enders Kagiso Rabada (four) and Lungi Ngidi (two) in an exhilarating finish.

Having reached 179 for five on the back of two well-set batsmen, South Africa lost their last five wickets for 10 runs to be bowled out for under 200 for a ninth straight innings.

Green, meanwhile, held the ball aloft to a roaring crowd after finishing with career-best innings figures of 5-27, a milestone for a cricketer long tipped for stardom.

At the other end of the spectrum, Warner came to the crease under pressure to prove he still belongs in test whites in his milestone match.

The 36-year-old, who failed twice in Brisbane, saw off a maiden over before smashing Rabada to the fence, one of three boundaries. His opening partner Usman Khawaja was caught behind for one off Rabada but Warner and Labuschagne survived to leave Australia well positioned ahead of a hot day in the field for South Africa today.