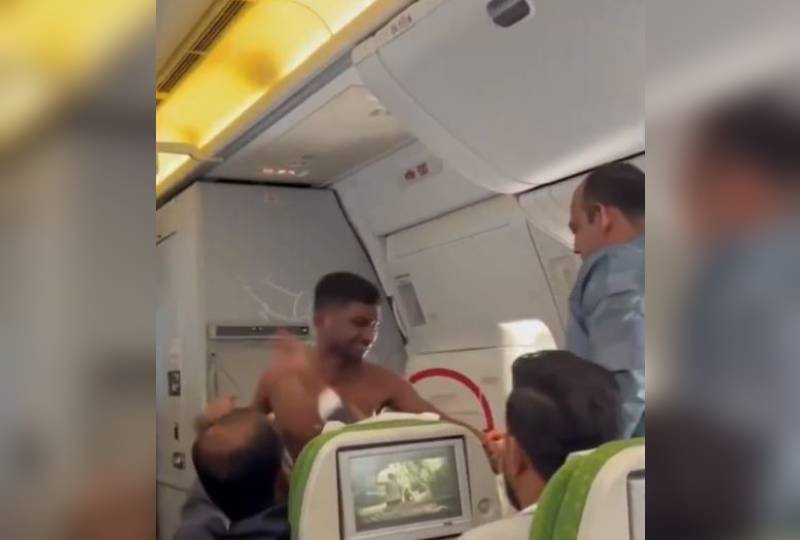 In another incident of passengers becoming unruly on flights, a man was filmed having a brawl with another passenger while shirtless mid-flight.

Videos circulating online show the passenger apparently having an argument with another passenger in the front row of the Boeing 777 Biman Bangladesh Airlines flight.

The video has already amassed more than 170,000 views on Twitter.