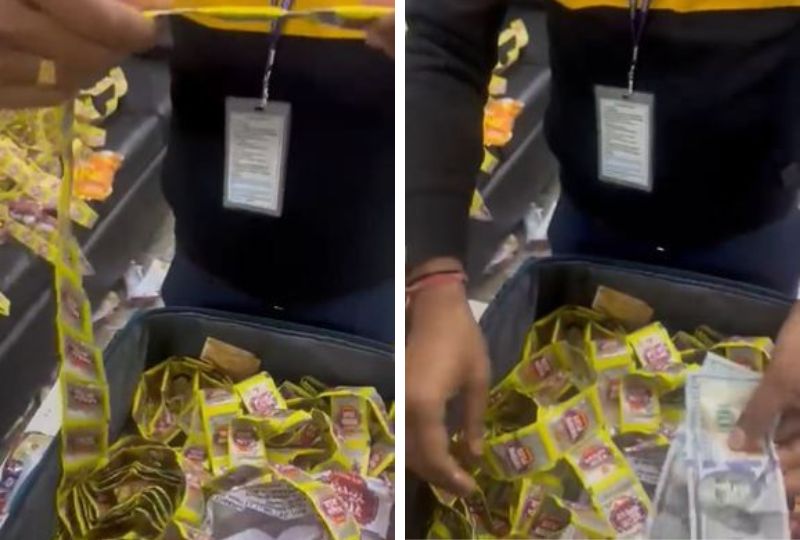 Customs officials in Kolkata, India, have arrested a man for trying to fly to Bangkok with over $40,000 concealed inside hundreds of sealed 'paan masala' packets.

Acting on information from the Air Intelligence Unit, customs officials apprehended the man after he cleared immigration formalities.

In a video posted to Twitter, customs officials can be seen opening up a 'paan masala' packet revealing the money hidden inside it.

Each packet had two $10 dollar bills inside it, with some kind of white powder, presumably paan masala covering the notes.

Acting on intelligence #AIUofficers intercepted a pax scheduled to depart to Bangkok on 08.01.23 after immigration formalities. Search of his checked-in baggage resulted in recovery of US $40O00 (worth ₹3278000) concealed inside Gutkha pouches @cbic_india @PIBKolkata @DDBanglaTV pic.twitter.com/DpxSCL5S3w