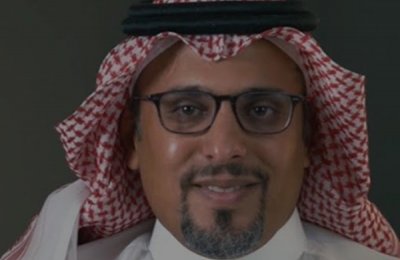 Prince Khalid Bin Sultan Al Abdullah Al Faisal
Etihad Etisalat (Mobily) has signed an agreement to sponsor the ABB FIA Formula E World Championship season nine of the 2023 Core Diriyah E-Prix, taking place from January 27 to 28.
The race is organised by local promoter CBX, Ministry of Sport and the Saudi Automobile and Motorcycle Federation. This agreement follows the great success of season eight of the event, for which Mobily was the local partner.
The agreement was signed by Nora Al Shiha - SVP, Corporate Brand & Communications Mobily at Mobily’s head office, alongside Princess Nouf bint Khalid Al Saud, Director General of Marketing at the Ministry of Sports, Carlo Boutagy - Founder & CEO – CBX, and Formula E's event director, Nacho Calcedo, plus a number of senior representatives of all parties concerned.
Supporting sutainability
This partnership reflects Mobily’s commitment to support sustainability as part of its broader corporate strategy via enhancing sustainability initiatives adopted by the ABB FIA Formula E World Championship, including accelerating the adoption of electric vehicles, with a view to implement the best international practices in environmental and economic sustainability in line with the programs of Vision 2030 and Saudi Arabia’s commitment to achieve net zero emissions by 2060.
"We are delighted to welcome Mobily back as a partner for the 2023 Core Diriyah E-Prix, which represents one of the key international events in Saudi Arabia. Mobily is one of the largest technology companies in the kingdom, and with technology at the heart of Formula E the ongoing partnership truly brings together two organisations with the same values. Innovative organisations like these are key to supporting the aims and ambitions of Vision 2030 which are being showcased through sport to a huge audience. We look forward to working together to make those visions a reality,” said Prince Khalid Bin Sultan Al Abdullah Al Faisal, Chairman of the Saudi Automobile and Motorcycle Federation (SAMF).
Princess Nouf said: "Having Mobily support the 2023 Core Diriyah E-Prix is a great addition to the partnership roster for this year’s event that forms part of Diriyah Season – a series of events across a variety of sports showcasing what the region has to offer. Motorsport forms a key part of this creating an international sporting and entertainment spectacle through the all-electric action on the track, and the exciting concerts that follow with a selection of global and local talent.”
Empowering community
“Mobily seeks to consolidate sustainability across all its business sectors, as well as to empower the community to adopt sustainability standards, and have solid environmental awareness in all aspects of life, which is reflected in the various leading solutions and services Mobily offers to its customers,” said Al Shiha.
“We believe that preservation of the environment does not conflict with providing the highest level of services and unique experiences, which we are keen to implement across all we do at Mobily," she added.
Al Shiha explained that Mobily also inked an agreement with Ericsson to recycle expired and discarded electronic devices in ways that contribute to preserving the environment and inaugurated the first renewable energy-powered telecom tower as part of Mobily’s programme for renewable and sustainable energy.
Supporting youth
She also confirmed that the partnership with the ABB FIA Formula E World Championship is in line with Mobily's endeavour to promote the cultural and entertainment movement in the kingdom, and to support its youth, who represent about 70% of the population.
Alberto Longo, Co-Founder & Chief Championship Officer, Formula E, said: “The race weekend is a highlight of the Formula E calendar and Mobily will play a key role in bringing the event to life for the thousands of motorsport fans who will be there to witness the Middle East debut of the all-new GEN3 race car.”
“CBX is very proud to have Mobily as part of the family for the 2023 Core Diriyah E-Prix. This marks the company’s second year supporting the race and I’m looking forward to seeing their activations for fans across the race weekend. The partnership represents a commitment from Mobily to sustainability by supporting the electric racing revolution and we are grateful for the ongoing collaboration we have with the brand that connects the people of Saudi Arabia,” said Boutagy.
Season 9
Season 9 of the ABB FIA Formula E World Championship began in Mexico on January 14 where a global TV audience tuned in to witness the debut of the GEN3 - the fastest, lightest, most powerful, and efficient electric race car ever built. Capable of a 200mph (322kph) top speed, it is 53kg lighter with a smaller chassis optimised for street racing.
An additional front powertrain adds 250kW to the 350kW at the rear, more than doubling the regenerative capacity of the current GEN2 car to 600kW, with more than 40% of the energy used in-race regenerated under braking.-- TradeArabia News Service