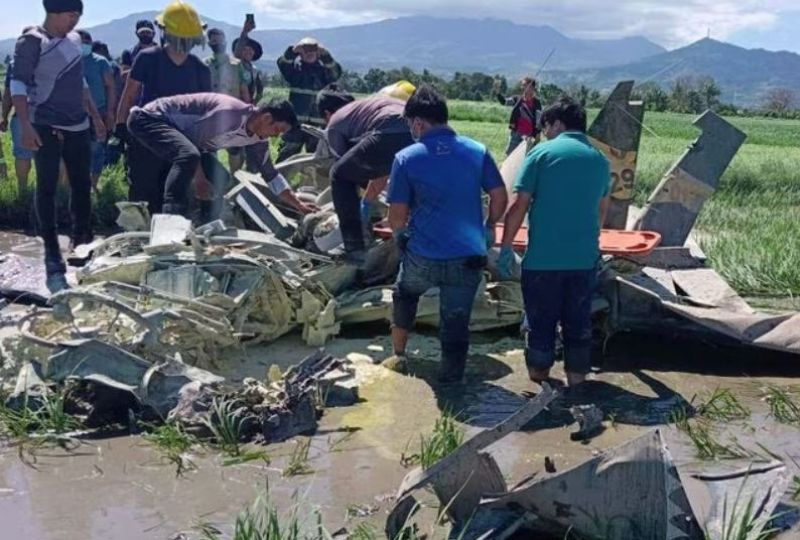 MANILA - Two Philippine military pilots were killed when their plane crashed during a training flight on Wednesday, the air force said.

The SF-260 TP Marchetti was seen going down into a paddy field in Bataan province west of the capital Manila 40 minutes after takeoff, and an investigation was underway into the cause of the accident, the air force said.

It said it has temporality grounded its fleet of SF-260 TP trainer planes.

The plane, which has been in operation in the Philippines since the 1970s, has also served as a light attack combat aircraft, including during months of air strikes on southern Marawi City after it was taken over in 2017 by militants loyal to Islamic State.

The Philippines' US-allied military has suffered previous accidents involving its aircraft, much of which are old and date back to the Vietnam War era. The Philippines is undergoing upgrades as part of a modernisation programme.

In 2021, a military aircraft carrying troops bound for counter-insurgency operations crashed with 96 onboard, killing 53 people, in its worst military air accident in nearly three decades.

Separately, the air force said its helicopters were involved in search operations on Wednesday for a missing Cessna aircraft carrying six civilians, which failed to arrive at an airport in northeast Isabela province the previous day.