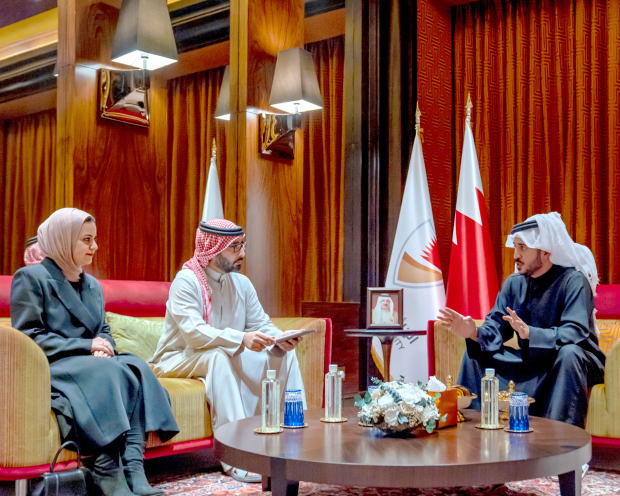 Shaikh Khalid during his meeting with Almoayyed and Tawifqi

Shaikh Khalid congratulated the SCYS secretary general and the Youth Affairs Minister on their appointment which would contribute to further supporting youth and sports in Bahrain.

He stressed the importance of joint efforts of the council and the ministry as well as other competent authorities to further develop youth and sports sectors.