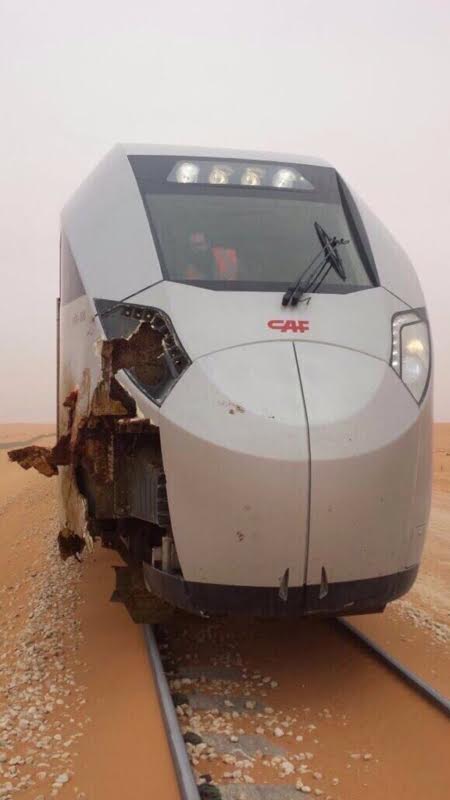 A Saudi train collided with a stray camel forty kilometres away from Al-Qasim station, Saudi Railways (SAR) announced on its official twitter account. An inquiry revealed that a metallic barrier, which keeps stray animals off the railways was broken. The SAR announced that it would take a legal action against the saboteurs, reiterating keenness on passengers’ safety.