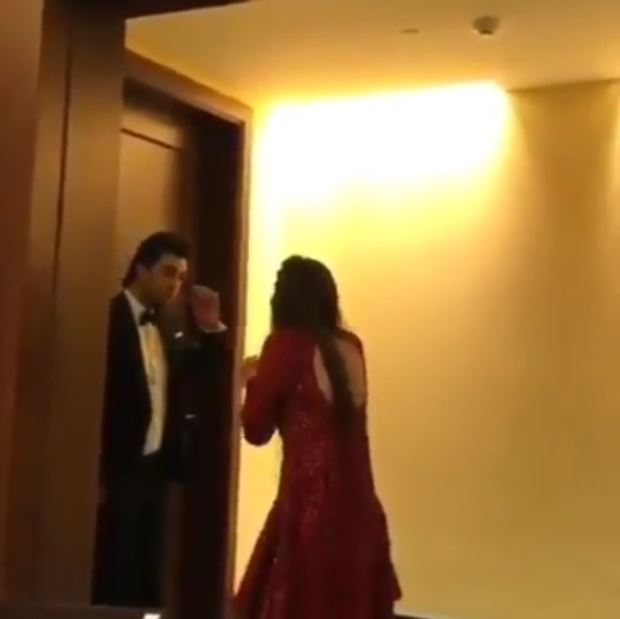 Though these two stars haven't been together in a movie but they do seem to have some history because a backstage video of an animated conversation between the stars has gone viral.

In the video you can see Mahira pleading with Ranbir about something with her back turned towards the camera and the actor looks reluctant, but as the appeal continues the expression changes to a pleasant one. Perhaps because a guest comes into the frame as we can see in the second video.

Unfortunately, there is no sound in the video which makes it impossible for us to decipher what's the conversation all about.

What do u think is happening here?

The actors did not forget to smile in the front the cameras, but behind the camera it was a different story.

Mahira Khan made her debut with Hindi film Raees, opposite Shah Rukh Khan.