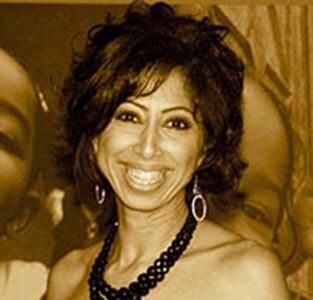 While chatting about this and that the other day with some friends, the topic of money came up.
In specific how some children just do not appreciate or fully understand the value of money these day.
Should they be given monthly pocket money to do with as they please? Or should an allocated amount be put into a trust for them at a regular basis for when they are old enough to use?

Some parents worried that because they lived in an ‘expatriate’ environment, youngsters were expecting more, or wanting more.

Others felt youngsters did not have to worry themselves with money issues.

I am of the belief that a child, at the end of the day will mirror his or her parents’ expectations.

I tend to give the girls a monthly allowance and to be honest I find that motivates them to save more!

Now when they look at the price tag they think twice before deciding whether they really want something or not!

Also I really don’t think there is anything wrong with talking about money with our youngsters.

Research has shown that more than two-thirds of parents still have some reluctance to talk about money and nearly as many only talk about it when their children ask about it.

The same study has revealed that parents who talk with their children once a week about money are significantly more likely to have children who say they are smart about money.

And those who let their children decide when to save and spend their money on their own, reap some serious rewards.

Those children are less likely to spend money as soon as they get it, lie to their parents about what they spent money on and even exhibit materialistic behaviour like expecting you to buy them what they want when they want it.

Other studies suggest that students who take financial education courses are less likely to be compulsive buyers, more likely to save and less likely to max out their credit cards.

Recently in Dubai, a number of schools have introduced the programme ‘Kids Finance Initiative’ which helps introduce children to the basic concepts of financial education.

Launched by a resident mother of two, Marilyn Pinto, it covers the basics of saving, spending, investing and entrepreneurship in a way that is relevant to students’ everyday lives, encouraging them to manage money more responsibly.
“While many parents prefer to keep quiet about money matters in front of their children, research shows that parents are the number one influence on their children’s financial behaviour,” says Mrs Pinto.

She says children and teenagers are spending far more money than any previous generation did at their age.

Interestingly, 78 per cent of expatriates in the UAE return to their home countries with less money than they arrived with and 70pc of UAE nationals under 35 are in debt.

Apparently as few as 10 hours of financial education can improve students’ spending and saving habits!

I wish I has these lessons when I was at school!