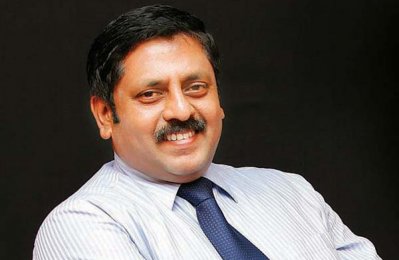 Sohan Roy
Indywood Film Carnival, an ambitious $10-billion project, has lauded Saudi Arabia's move to set up cinemas and expressed its interest to establish top-notch cinemas and home cinemas in the kingdom.
The India-based company is also keen to organise film festivals, talent clubs, and film market expos to accelerate the growth of entertainment sector in the region, a statement said.
Indywood founder director Sohan Roy added that entertainment is the sunrise sector for the Gulf region and should be utilised it wisely. "Saudi Government's move will give fresh impetus to entertainment sector in the Gulf region and would attract leading players to invest," he said.
"The opening of cinemas will propel overall growth of the kingdom," said Roy, who is also the chairman and CEO of UAE-based Aries Group.
"Saudis currently travel to other countries for entertainment purposes. Once cinemas are open, they will spend their money in Saudi itself. It will accelerate economic growth of the kingdom and help generate job opportunities," he said.
"Indywood will take a lead role to utilise the untapped Saudi entertainment market through innovative ventures which will offer world-class entertainment. We will also work out the possibility of movie co-production," he revealed.
Project Indywood aims at initiating 10,000 new 4K projection multiplex screens, 100,000 2K/4K projection home cinemas, 8K/4Kfilm studios, 100 animation/VFX studios and film schools conforming to international standards.
Saudi Arabia lifted a 35-year-old ban on cinemas on December 11. The first movie theatres are expected to open next March. The government said it is expected to open more than 300 cinemas with more than 2,000 screens by 2030, building an industry that would contribute more than SR90 billion ($24 billion) to the economy and create 30,000 permanent jobs. - TradeArabia News Service