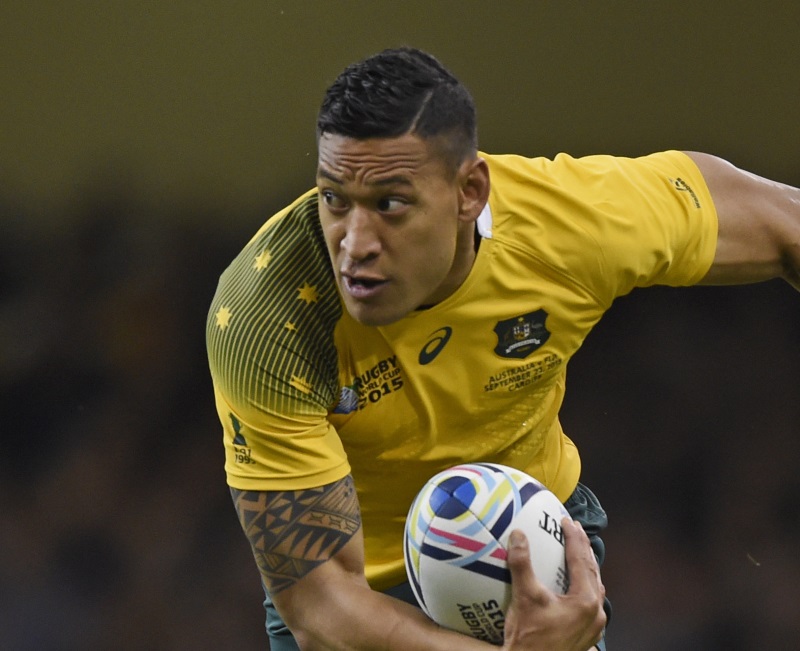 Sydney: Australia's Israel Folau will be sidelined for three months, officials said Thursday as they confirmed he will need surgery for an ankle injury sustained during the World Cup.

The fullback was relatively subdued in the latter stages of the tournament in England, which the All Blacks went on to win in the final against the Wallabies, after he injured an ankle in a pool game.

The Australian Rugby Union said scans revealed the 26-year-old will require surgery for the injury which saw him miss the Wallabies' quarter-final win over Scotland.

"Despite being hampered by the injury for most of the tournament, Folau ran for the most metres of any Wallabies player and finished seventh overall with 366 metres gained over his six matches," the ARU said in a statement.

Folau will complete his rehabilitation in Sydney ahead of the 2016 Super Rugby season, when he will once again be a key player for the NSW Waratahs, it added.

Folau, a former rugby league international, has played 38 Tests since making his debut in 2013.