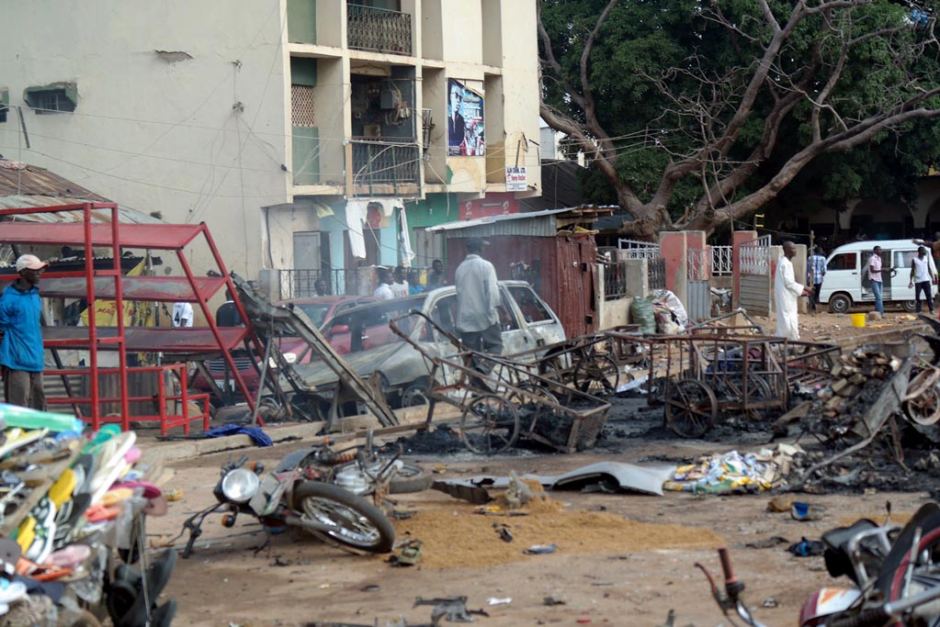 Kano, Nigeria: At least 15 people were killed on Wednesday when two female suicide bombers, one said to be aged around 11, blew themselves up at a busy mobile phone market in northeast Nigeria, a day after more than 30 were killed in a bomb blast.

Two explosions ripped through the Farm Centre market in northern Nigeria's biggest city, Kano, shortly after 4.00pm, with one of the bombers said to be aged just 11 and the other 18.

Boko Haram has previously used young girls as human bombs in its six-year insurgency in northeast Nigeria that has left at least 17,000 dead and made more than 2.6 million homeless.

In July 2014, Kano was hit four times in the space of a week by a spate of young female suicide bombers whom experts say are unlikely to be willing participants to the carnage.

"A minibus carrying some women came to the Farm Centre GSM market and dropped off one girl aged about 11 and another aged about 18, both wore the hijab," said Kano police spokesman Musa Magaji Majia.

"One went inside the market, the other stayed outside then they exploded, killing themselves and others nearby," he said.

"The victims were taken to hospital and it was later confirmed that 15 people died, not including the suicide bombers."

The attacks came after 32 people were killed in a bomb blast in Yola, northeast Nigeria, on Tuesday night, that also bore the hallmarks of the Islamist rebels.

President Muhammadu Buhari, who has given his military commanders until next month to crush the militants, described both attacks as "barbaric" and "cowardly".

He called for increased vigilance to stop further attacks against "soft" targets and said the government was "very much determined to wipe out Boko Haram in Nigeria" and bring perpetrators to book.