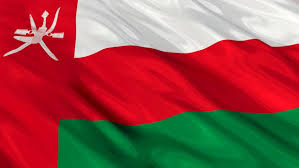 "The import of these decoders, called beoutQ, was banned because they violate the law on intellectual property," said the official on condition of anonymity.

The move comes amid an increasing war of words over broadcast piracy in the region, ahead of the World Cup which begins on June 14, and against a backdrop of a Gulf diplomatic crisis.

The Doha-based broadcaster has called on football's governing body, FIFA, to take legal action against what it called pirate broadcasters in Saudi Arabia ahead of next month's tournament.

BeIN claims its expensively purchased broadcast rights for major sporting events in the region are being undermined by pirate broadcasters operating out of Saudi Arabia.

"We have requested FIFA to take direct legal action against Arabsat and the indications we have show that they (FIFA) are behind that (the call for legal action)," general counsel of beIN Sophie Jordan told AFP.

Saudi Arabia and Qatar no longer maintain diplomatic relations since a year ago, in a crisis which has seen Doha isolated from its neighbouring former allies.

BeIN plans to show all 64 World Cup matches in the Middle East and in North Africa.