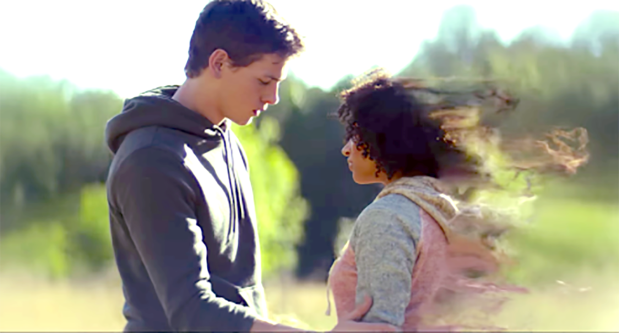 DESPITE its potential, The Darkest Minds fails to impress because of its weak plot, story progression and lack of cohesiveness.

It is about a mysterious disease that wiped out millions of children while the survivors have been found to possess superpowers and are considered dangerous by the government.

As a result they have been captured and locked in detention camps, and classified according to their abilities, with those coded orange being the most dangerous.

The only positive aspect of this movie is the young cast who portray the characters well – they have a bright acting future ahead of them and that is the only reason I was generous with the 6/10 rating.

Sixteen-year-old Ruby (Amandla Stenberg), who has mind control abilities, escapes from her captors and joins other runaways who are seeking a safe haven.

The other three teenagers are Liam (Harris Dickinson) with telekinetic powers, Chubs (Skylan Brooks), who is super intelligent, and Zu (Miya Cech) who has the power of electrokinesis.

Banded together and on the run, they soon combine their collective powers to fight the adults who tried to take away their future.

Praise also goes to Mandy Moore, who plays Dr Cate Connor, as she tries her best to glue this movie together as a supporting cast member – and honestly she should not have approached this flop of a venture.

It is a shame that the identity of the popular 2012 young adult novel by Alexandra Bracken got lost in this movie, and does not follow in the footsteps of other similar genre novels turned into highly successful movies such as the Hunger Games.

20th Century Fox should shift gears and revamp the way it handled the storyline if it plans to continue with the Darkest Minds series.