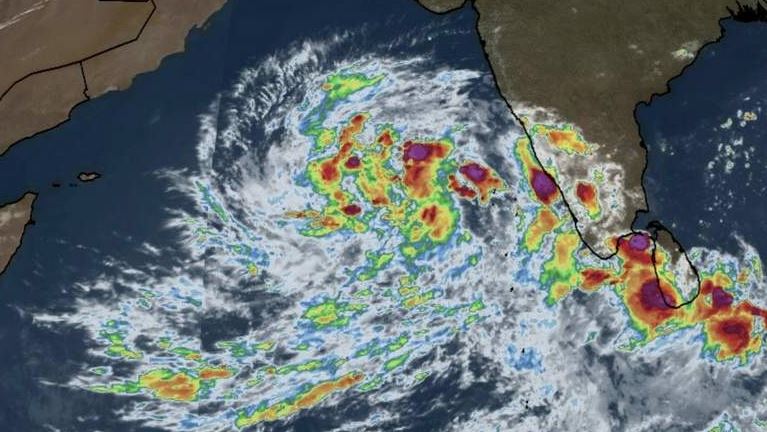 A tropical storm named Luban is gaining strength in the Arabian Sea and is expected to make landfall in Oman on Wednesday, Khaleej Times reported.

According to a release issued by Oman's Public Authority for Civil Aviation (PACA) and published on their Twitter handle, the tropical storm Luban was expected to affect the Dhofar and Wusta governorates by today (October 9).

"The latest weather maps and analysis of the National Multi-Hazard Early Warning Centre indicate the concentration of the tropical storm Luban in the middle of the Arabian Sea. The wind speed around the centre is estimated at 35 to 40 knots (64 to 74kmph) and is about 940km away from Salalah," a PACA spokesperson quoted as saying by Times of Oman.

The storm was expected to head west-northwest within 48 hours.

The Civil Aviation Authority of Oman calls for the follow-up of weather reports and updates on the evolution of the meteorological situation, the notification said.

Meanwhile, the National Center of Meteorology excluded the possibility of direct influence on the UAE by the storm.

The NCM announced in a press statement on Monday that all numerical models and forecasts show that the UAE will not be directly affected by the storm in the next four days.

Additionally, the NCM said that the tropical storm is expected to move northwest from the middle of the Arabian Sea towards Oman's coast. The cyclone has wind speeds from 70-80 kmph accompanied by convective clouds associated with rain.

The NCM is monitoring the situation closely and will provide updates accordingly. The Met expects that the wind speed will increase up to 100kmph in the next 24 hours. NCM urged the public to ignore all rumours and wait for official reports and news updates.