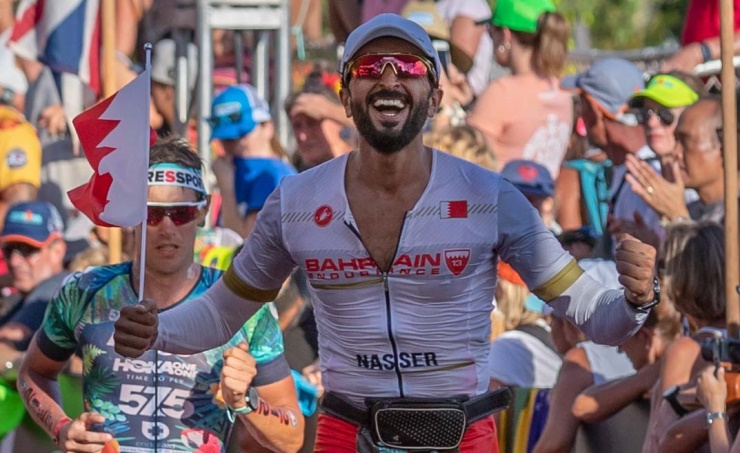 Shaikh Nasser finished 250th out of 2,379 competitors in nine hours, 19 minutes and 10 seconds, his personal best.

"I still can't believe I'm a world champion in my category," said Shaikh Nasser said on his Instagram account and immediately dedicated this extraordinary victory to His Majesty King Hamad.

"Winning this championship would not have been possible without the backing of His Majesty, his direct support and encouragement," said Shaikh Nasser, Representative of His Majesty for Charity Works and Youth Affairs, chairman of Supreme Council for Youth and Sports (SCYS) and president of Bahrain Olympic Committee (BOC).

Before the event, Shaikh Nasser had said that he had spent four years trying to qualify for Hawaii but was not able to. However, he added this year he did qualify and was very happy to find himself on the candidates' list.

“I was 25 minutes faster than expected. I was pushing hard and then the last lap. I knew I was far away from second place, that’s why I was conservative in how I spend my energy, just in case I pulled a muscle or tear anything up.

“It was too big a risk for me. Alhamdulillah, I won... congratulations to Bahrain.”