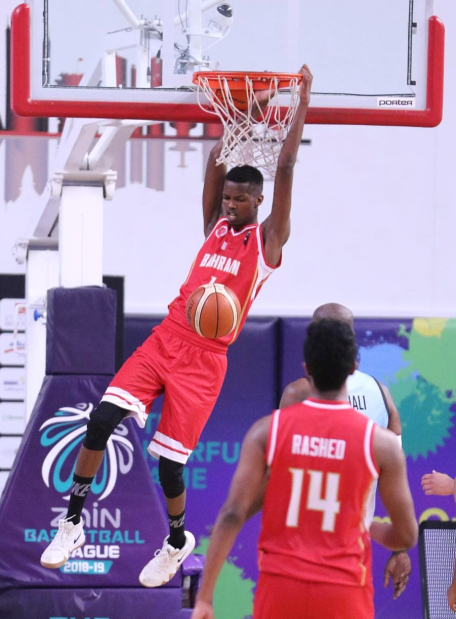 Riffa powered to an 88-73 victory over Bahrain’s under-18 national team while Hala routed Isa Town 99-79.

Both games were played at Zain Basketball Arena in Um Al Hassam and they kicked off the 13th week of action in the season.

Riffa used a dominant second quarter to take control of their contest against the kingdom’s youth squad. They led 18-13 at the end of the first but a 28-point second helped them take a commanding 46-27 lead at the half. They led by as many as 30 the rest of the way but put their foot off the gas in the final period, when the nationals managed to reduce the final margin to a respectable 15.

Mohammed Nabeel had 19 points off the bench to lead Riffa, who also got 16 points apiece from star forward Mohammed Kuwayed and Sayed Saleh Mahdi. They were playing without a foreign professional in the game.

Mustafa Hussain paced the under-18 nationals in the loss with 19 markers. Basel Adel added 18 and Ali Hussain had 12.

In yesterday’s other contest, Hala had to shrug off a poor start and take control of the game before half-time. They turned a 17-21 deficit in the first quarter but managed to battle back and go ahead 46-36 heading into the locker rooms. Isa Town kept fighting back in the third, but a one-sided fourth quarter where Hala outscored their opponents 26-12 helped them seal the game.

British-Jamaican import Ryan Richards had a monster game with 29 points and 23 rebounds. Hussain Salman added 23 and Hussain Jan had 21 in the win.

Mansoor Jaber led Isa Town with 21 in the losing effort.