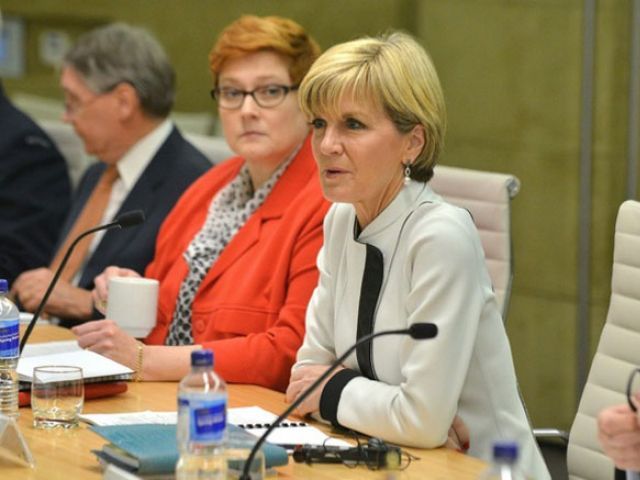 Sydney: Australia`s spy chief has told politicians from the ruling conservative party to tone down their criticism of Islam as it could pose a national security risk, according to reports.

Debate over anti-Muslim rhetoric in Australia has spiked after ousted Prime Minister Tony Abbott last week wrote in a newspaper column that "we can`t remain in denial about the massive problem with Islam".

His remarks followed incendiary comments by US Republican presidential frontrunner Donald Trump, including for a temporary ban on Muslims entering the United States after a shooting rampage in California.

Duncan Lewis, head of the Australian Security Intelligence Organisation (ASIO), has contacted politicians from the Liberal-National coalition requesting they soften their public remarks on Islam, The Australian newspaper said.

"If the director-general of ASIO has formed a view that the public debate might have the potential to put at risk the work that his organisation is undertaking in counter-terrorism, then of course he should speak out," she said in Sydney.

While Abbott regularly used strong language against the Islamic State group, routinely referring to it as the "death cult", current leader Malcolm Turnbull, who replaced him in a party coup in September, has taken a more moderate line.

Lewis` reported calls came days after an interview with Sydney`s Daily Telegraph, where he stressed that fuelling tensions with the Muslim community could hurt the fight against extremism.

"I think it behoves Australia and Australians to recognise that the backlash is something that is very, very dangerous," he told the tabloid, adding that the country`s security agencies were working closely with Muslim communities in the big cities of Sydney and Melbourne.

"We are to a great extent very dependent on the information that flows from them (the Muslim community)," Lewis said.

"That the estrangement, should it occur with the Muslim community here, would be very, very unfortunate for our operations... This problem is solvable. But we need to be smart."

Anti-Islam sentiment has become more prominent in Australia over the past year as concerns mount over homegrown extremism and citizens travelling to Iraq and Syria to support jihadist groups.

Lewis said in an interview published Thursday in the Sydney Morning Herald that the number of Australians heading to the Middle East to fight with militants had reached "a plateau" after an upward trend.

But he said he was "not declaring victory" despite the slowdown, saying he did not "want to be giving any sense that we are through the worst of this. I don`t think that`s right".

Some 44 Australians so far died fighting alongside jihadists, Lewis said.

"But while it had been escalating fast, the sense is that we have plateaued a bit," he added.

Lewis credited new laws allowing for passports to be cancelled to prevent Australians from leaving the country, as well as growing awareness among communities and families, for a shift in the trend.

Some 27,000 to 31,000 people from at least 86 countries are estimated to have headed to Iraq and Syria to fight since 2011, intelligence consultancy the Soufan Group said in a report last week.

Attorney-General George Brandis said recently 110 Australians were thought to be in the two countries, down from previous estimates of 120.