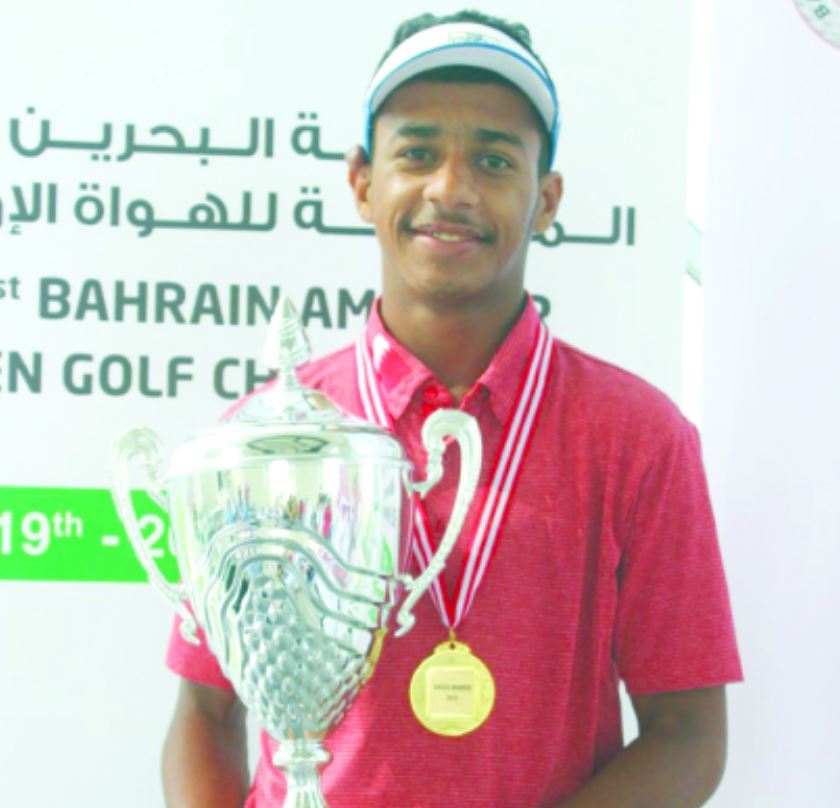 Heading into the final 18 holes in tied-fourth place five shots behind overnight leader Abdulla, Al Kowari had the best outing yesterday with a three-under-par 69 for an even-par gross of 144, including five birdies and two bogeys.

Bahrain’s Fahad Abdulla Sultan was third with a two-under 70 for a 149 total.

Saleh Ali Misbah and overnight leader Abdulla were fourth and fifth with identical scores after finishing on 77 and 79 respectively over the last 18 holes.

Amongst the net scores, Al Kowari was first on 138 with Sultan and Maximillian Kircher tied-second on 145.

The event was organised by Bahrain Golf Association and its president Major General Ali Saqer Al Noaimi presented the prizes to the winners, including a special prize to youngster Ronan Smith.